Hull FC were cut down to 12 men twice in their 38-6 loss to St Helens on Saturday afternoon.

Live on Channel 4, the conditions at the MKM Stadium were horrendous with thick snow falling down on a boggy surface – it wasn’t exactly conducive to free-flowing rugby.

But, Saints did their utmost best to throw the ball around, going into the break 20-0 up and conceding just one try.

There were, however, a few talking points from the game which are still being talked about today – especially following the results of the minutes from the RFL’s Disciplinary Match Review Panel.

Hull FC star Connor Wynne was given a yellow card by referee Chris Kendall in the 18th minute for a ‘dangerous throw.’

But, Wynne has not been charged for anything more, instead, the minutes have recorded that: “Player is not lifted into a dangerous position. Player holds a leg in a stationery tackle. Opponent contributes and rolls himself to the floor.”

That opponent was Jack Welsby who enjoyed a stellar day our in East Yorkshire. 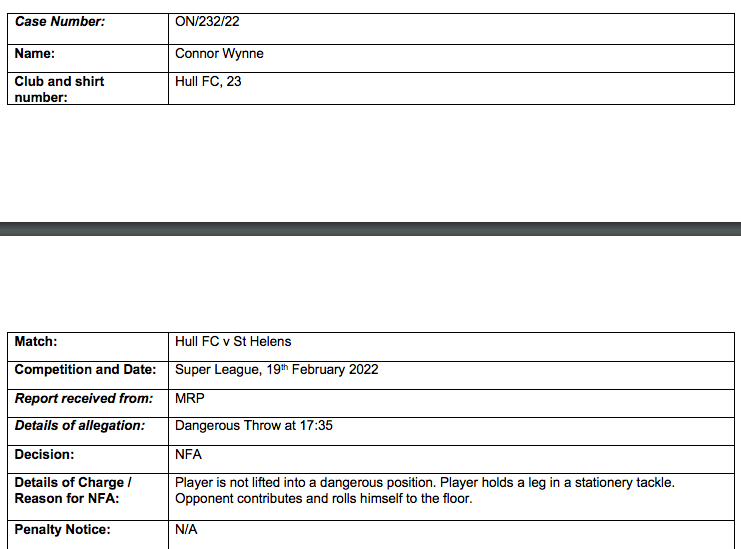 So the sin bin was wrong what happens to the ref? And them scoring 12 points whilst he was ??

What penalty for Welsbyfor cheating
I