Hull FC head coach Brett Hodgson has provided an injury update on his squad with two players set for spells on the sidelines.

The club has received disappointing news regarding new signing Kane Evans and back rower Manu Ma’u after scans revealed they are facing several weeks out of action following injuries in training.

Mau is likely to miss at least the first month of the season with a hamstring injury, whilst Evans has injured his pectoral muscle and will see a specialist this week before a timeframe on his return can be determined – although he is already suspended for the first three rounds of the season due to ban carried over from the NRL.

Updating on the injuries, Hodgson said: “It is obviously very disappointing news for the players and the club as they were both training exceptionally well.

“Unfortunately, there is always a risk of injury in pre-season, with the Kane one particularly unfortunate as it came from a contact during the training game against London.

“Alongside Scott, they are three notable absentees for us, but they will all have a significant role to play in our season.”

He continued, “We’ve got a handful of others with minor niggles who we may choose to rest up this weekend rather than play in the Leeds friendly.”

“I am not willing to risk anyone who isn’t 100% as it is a long season ahead and we’ll need all our players to contribute at some stage.

“Whilst its obviously disappointing for those individuals, it also presents a great opportunity for players in our squad to step up to the plate and take their chance.”

However, Hodgson had more positive news regarding other members of his senior squad.

Props Chris Satae (calf) and Josh Bowden (quad) are two who won’t be risked this weekend in the friendly against Leeds Rhinos after injuries in pre-season, but are both pushing for a place in Round 1 against Wakefield.

Jamie Shaul (ankle), Josh Reynolds (knee) and Connor Wynne (knee) will all be back in full training next week ahead of the opening round fixture too.

Loose forward Joe Cator is apparently also making excellent progress in his rehabilitation from a ruptured achilles and could be available for selection in the early rounds of the Super League season.

Hodgson continued, “The positive note is the boys we’re hoping to get back on the field over the coming days and weeks. 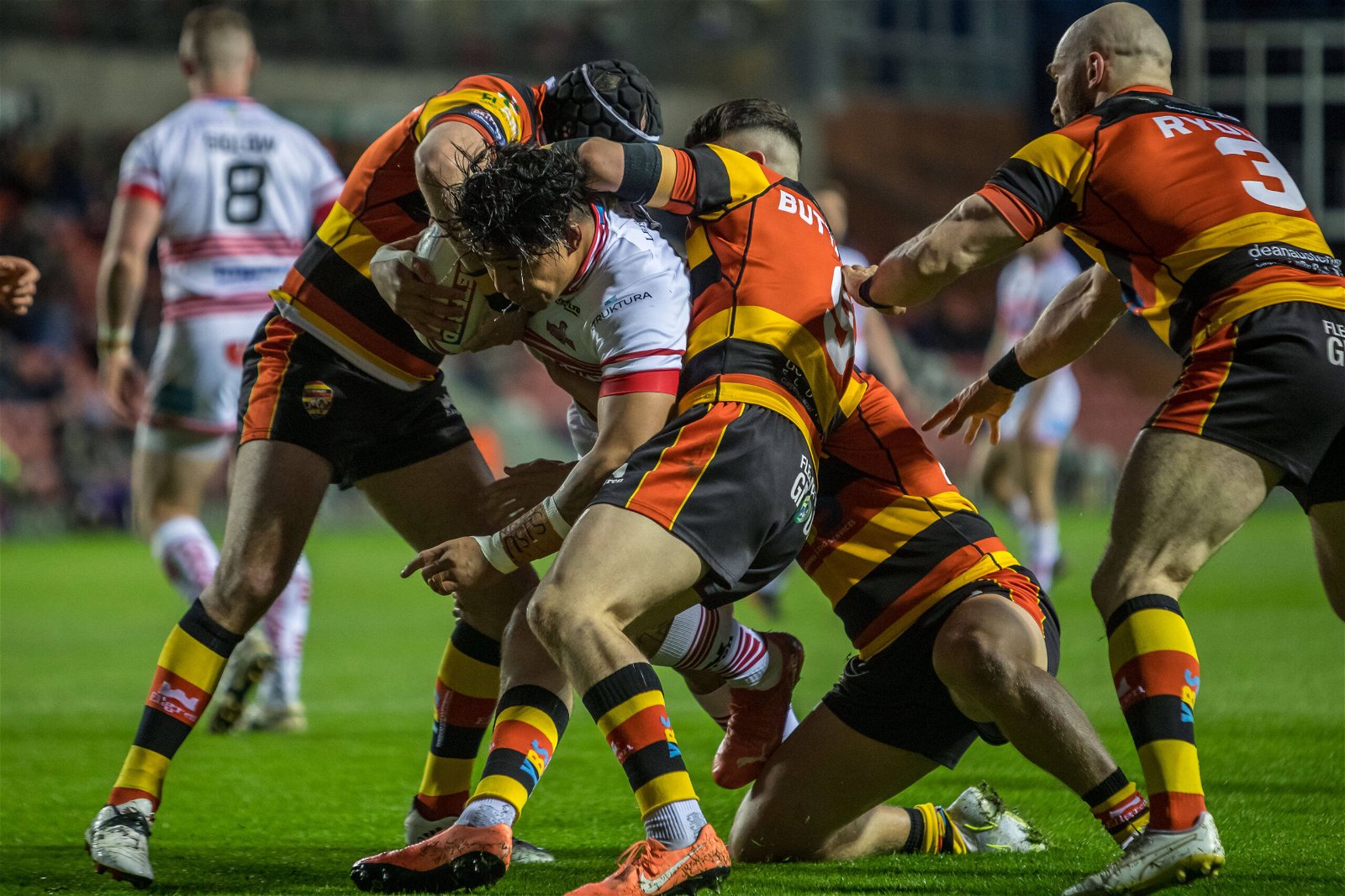 “Josh [Griffin] and Darnell [McIntosh] have been excellent throughout their rehab and looked in great shape during the camp, and Joe Cator is working exceptionally hard and chomping at the bit to get back into action.

“Big Chris [Satae] has made good progress so he should hopefully be right for the first round, as should Josh [Bowden] who has a great opportunity to start the season and show what he is capable of.”

He added, “Jamie [Shaul] rolled his ankle, but he should be ok, as should Connor Wynne, and it’s great to get Josh [Reynolds] back into training to complete our spine as we prepare for the new season.”