Hull FC took on Warrington Wolves this afternoon at the MKM Stadium.

It was 12-12 at half-time after the two sides could not be separated and it was a highly entertaining affair.

That left a grandstand finish as Warrington scored in the last ten minutes only for Manu Ma’u to force his way over, and, with Luke Gale’s conversion, Hull ended up running out 18-16 winners.

Josh Thewlis taking every bomb kicked to him by the Hull players – it was a superb performance from the young Wire fullback.

Connor Wynne slamming Jack Hughes to the floor was such a good tackle on a much bigger man. 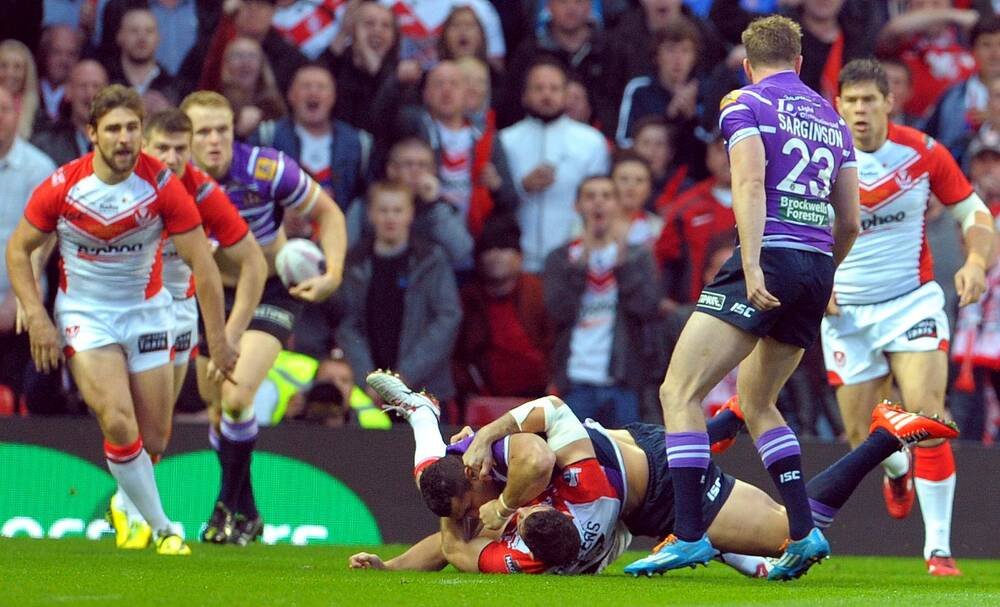 Both Hull and Warrington looked nervous – as if they were playing under a great deal of pressure. And, the crowd was often tense at the MKM Stadium, too.

The relief on Hull FC boss’ Brett Hodgson’s face at the full-time whistle was incredible to see. He lived every minute and second of that game and what a finish it was for him.

The on-field decision by referee Chris Kendall to award a try to Manu Ma’u in the last few minutes was one that couldn’t be disallowed by video official Marcus Griffiths even though the ball couldn’t be seen hitting the whitewash.

There is still something wrong at Warrington as, with all their stars, they still couldn’t muster a win even though they held a lead going into the final moments of the game.