Huddersfield have revealed their new away kit for the 2023 Super League season.

The Giants will don an all white away strip for the new campaign, with the design put together by Oxen.

Featuring the club’s traditional colours of claret and gold as part of the kit’s trim, fans voted for the white number in an online poll as the club attempts to work closely with the loyal supporters at the John Smith’s Stadium.

The Huddersfield Giants 2023 away shirt is now available! As the Giants head into a big 2023 season, we once again honour our legacy with this stunning shirt.

Huddersfield Giants Managing Director Richard Thewlis commented on the release of the shirt: “We are delighted to release our 2023 Away Shirt to our loyal fans after the voting process that saw them pick their very own shirt for the upcoming season.

“As a club, we’d like to thank our partners and sponsors for their continued support which has meant that, working with Oxen it has allowed us to release the shirt for pre-order to our fans.

“The shirt itself is a fantastic design and we are hoping to showcase it during our 2023 pre-season campaign.”

“Our 2023 Home Shirt went down a huge success with our supporters, so ensure you look the part at the John Smiths Stadium and purchase your Alternative Shirt now, priced at just £49.99 for Adults and £39.99 for Children.”

Fans can pre-order the 2023 away kit now – with all shirts dispatched W/C 21st November. 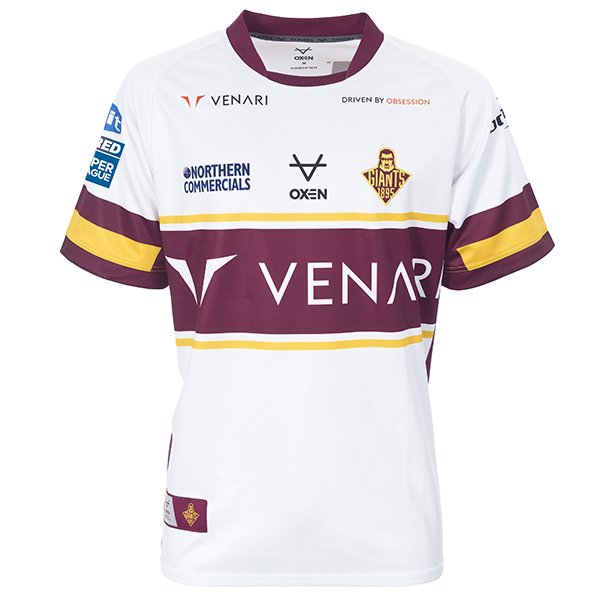