The 2023 Super League season is set to be one of the biggest in Huddersfield Giants’ history.

A decade on from their best season of the summer era when they won the League Leaders’ Shield, they are looking to build on a strong 2022 and continue to grow.

They finished third last year but were the best side in the league at dominating possession and territory which is vital in the modern game.

The Giants also played in the Challenge Cup Final losing to Wigan Warriors.

In 2023, they have added more quality to their side in Esan Marster, Kevin Naiqama, Jake Bibby and of course Jake Connor’s return from Hull FC among others.

Excitement is building and that was helped along by the release of their squad numbers earlier this week.

They have furthered that anticipation today with the release of their third shirt.

The Giants have received great feedback for their home shirt which is a simple yet effective design with a strong base and a gold vee.

Meanwhile, they have adopted a white away kit.

What Leeds Rhinos stars think of the Six Again rule

Now their third kit is just as striking as the previous two.

This shirt is black with neon pink detailing in a simple yet effective modern look and one of the shirts of the season.

It is similar to their away shirt last year but with blue swapped for pink. 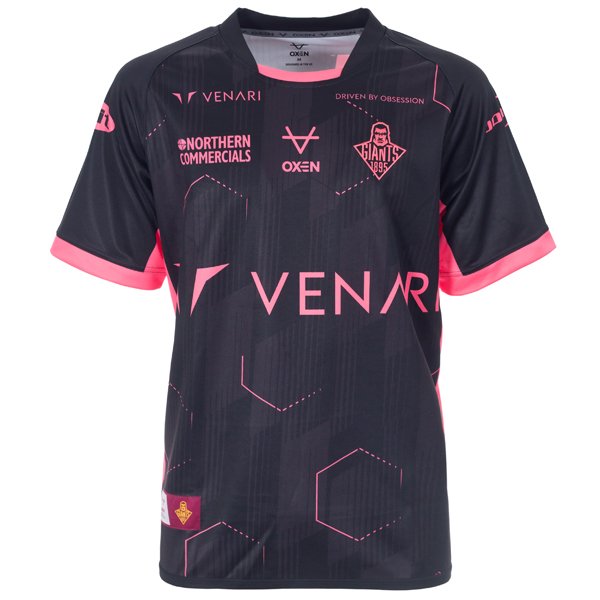