The British weather is perhaps one of the most unpredictable in the world.

From the sunshine on Saturday with a high number of degrees to the miserable overcast and rain of Monday morning, the contrast could not have been more different.

For Huddersfield Giants, their training ground at the Salendine Nook area of the town is known for its exposure to the elements with sun, rain, hail and snow seemingly making their appearance over that part of Yorkshire first.

Well, considering the fine weather at the weekend, the Giants perhaps weren’t expecting fog so thick that the players could not be seen from the touchline. 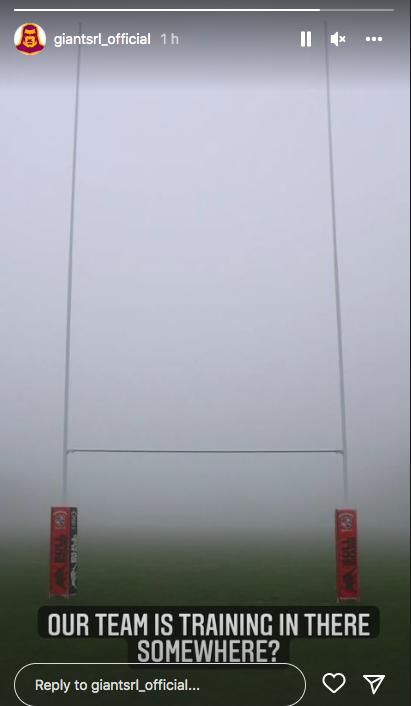 Huddersfield themselves have enjoyed a stellar 2022 season so far under Ian Watson after a not so convincing 2021.

With a Challenge Cup Final to look forward to in under a fortnight’s time as well as a likely play-off spot come September, things are looking mightily rosy at the John Smith’s Stadium.

This weekend, the Giants will come up against Toulouse Olympique who managed to grab their second win of the season at the weekend against Wakefield Trinity.