Catalans Dragons now sit top of the Super League table after changes were made to the 2020 structure.

The RFL and Super League revealed this morning that the 2020 season standings will be determined on a points percentage basis.

It means teams will not necessarily miss out if they are unable to play postponed fixtures later in the season.

The French outfit were fourth prior to the changes, however they now sit top of the pile despite playing three less games than the teams around them.

Steve McNamara’s men have won five of their seven games this season, giving them a winning points percentage of over 70 percent – greater than any other side in the league.

That exceeds the trio of St Helens, Warrington and Wigan who make up the top four and all have a win percentage of exactly 70 percent (7 wins from 10).

The updated 2020 Super League table can be found below: 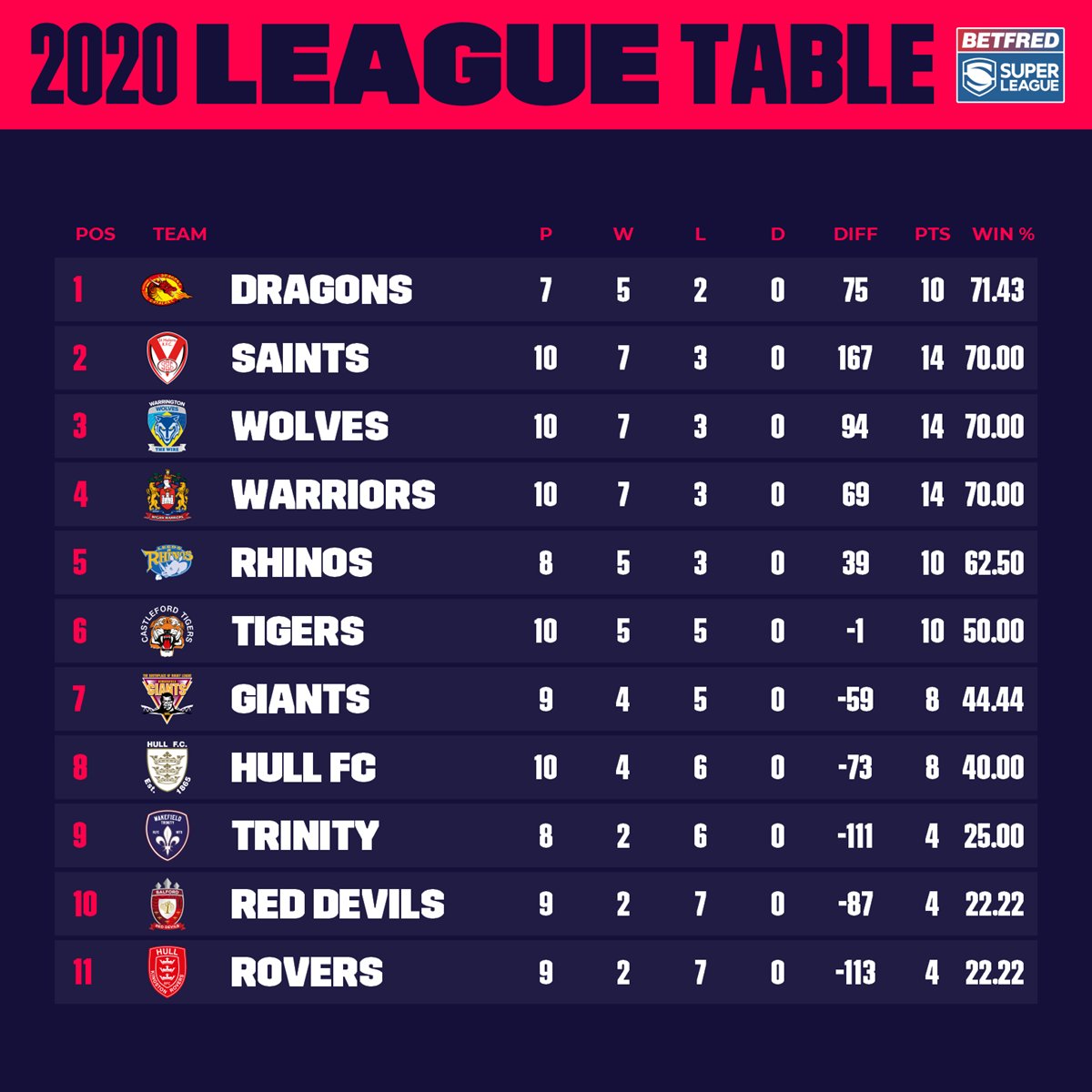 Subscribe
0 Comments
Inline Feedbacks
View all comments
wpDiscuz
We use cookies to ensure that we give you the best experience on our website. If you continue to use this site we will assume that you are happy with it.Ok