On October 1st 2019, Leeds made a bold statement when the announced the signing of Luke Gale on a deal set to keep him at the club until the end of 2022.

It was regarded as gamble, Gale hadn’t played in over a year through injury, but the Leeds academy product and former Man of Steel was exactly what Leeds needed if they wanted to establish themselves as a play-off outfit once more.

He did just that helping Leeds to back-to-back fifth place finishes – although he was much more involved in 2020 than 2021 due to injury – and nailed the decisive drop goal in Leeds’ Challenge Cup success against Salford last year.

Through the success, he became one of the key characters in the Leeds dressing room. He was appointed captain after the unfortunate retirement of Stevie Ward and formed superb combinations with the likes of Richie Myler as he became the heart of the team.

That all began to change following a falling out with Richard Agar which saw the captain’s armband move onto Matt Prior making the former Cronulla man Leeds’ sixth captain in five years. Despite that, he looked set to stay telling Sky Sports that he would still be at Headingley to link-up with new arrivals Aidan Sezer and Blake Austin. But yesterday his departure was confirmed as he takes up a new challenge at Hull FC.

There’s a lot of excitement around Headingley with four impressive signings joining Leeds’ youthful squad with James Bentley and David Fusitu’a joining Sezer and Austin at the club. But with fan favourites like Konrad Hurrell leaving, there’s been a few sombre goodbyes including yesterday when Gale’s move to the MKM Stadium on a one-year deal was confirmed.

Plenty of Leeds players took to social media to bid farewell and wish him well as he takes on a new challenge.

Richie Myler, who formed a superb partnership with Gale from fullback with the two linking together for a pair of vital tries at Wembley last year, was one of the first to do so still referring to his former captain as “skip.” 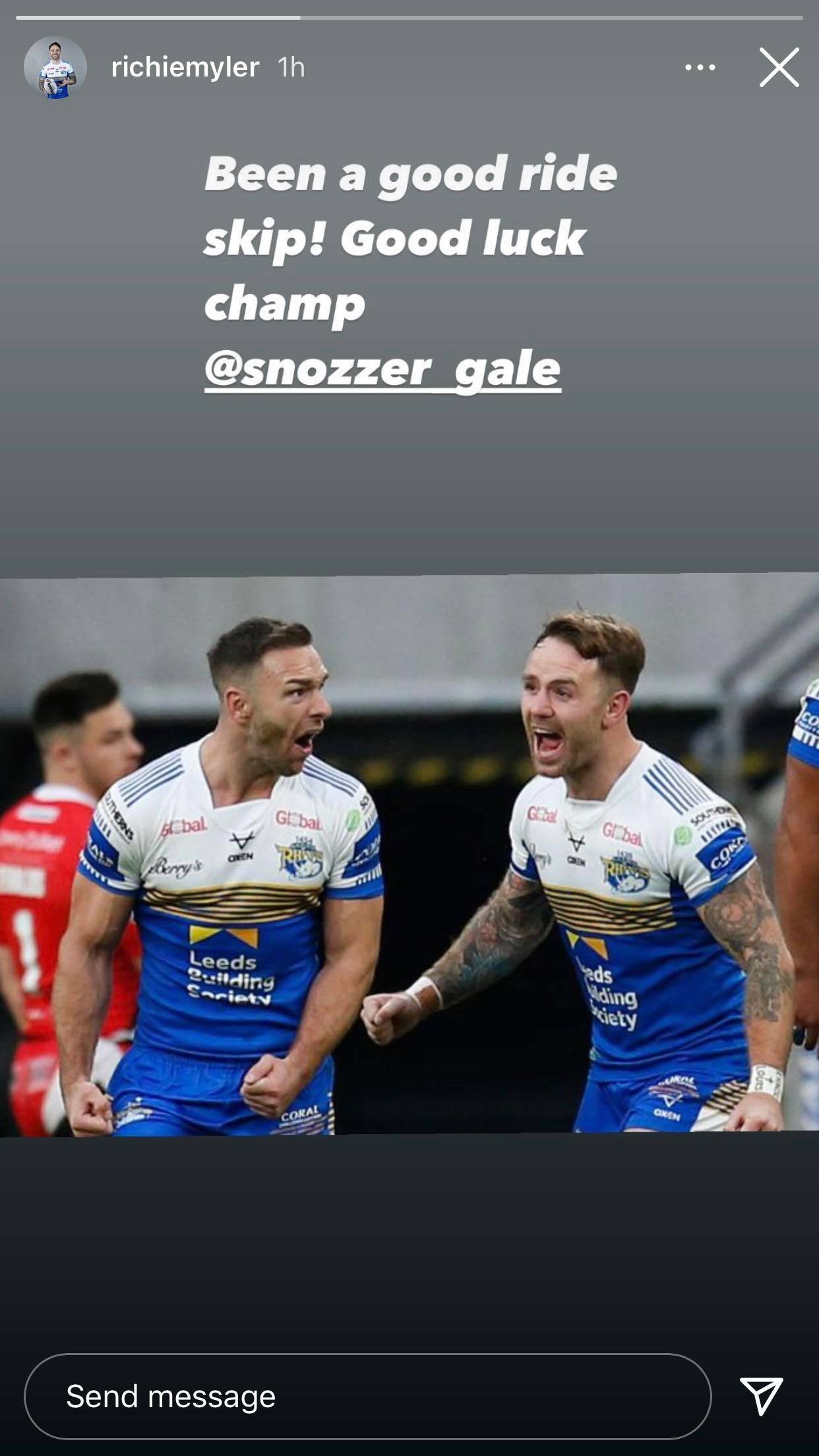 James Donaldson also wished Gale well but admitted he was “gutted” to see him leave. 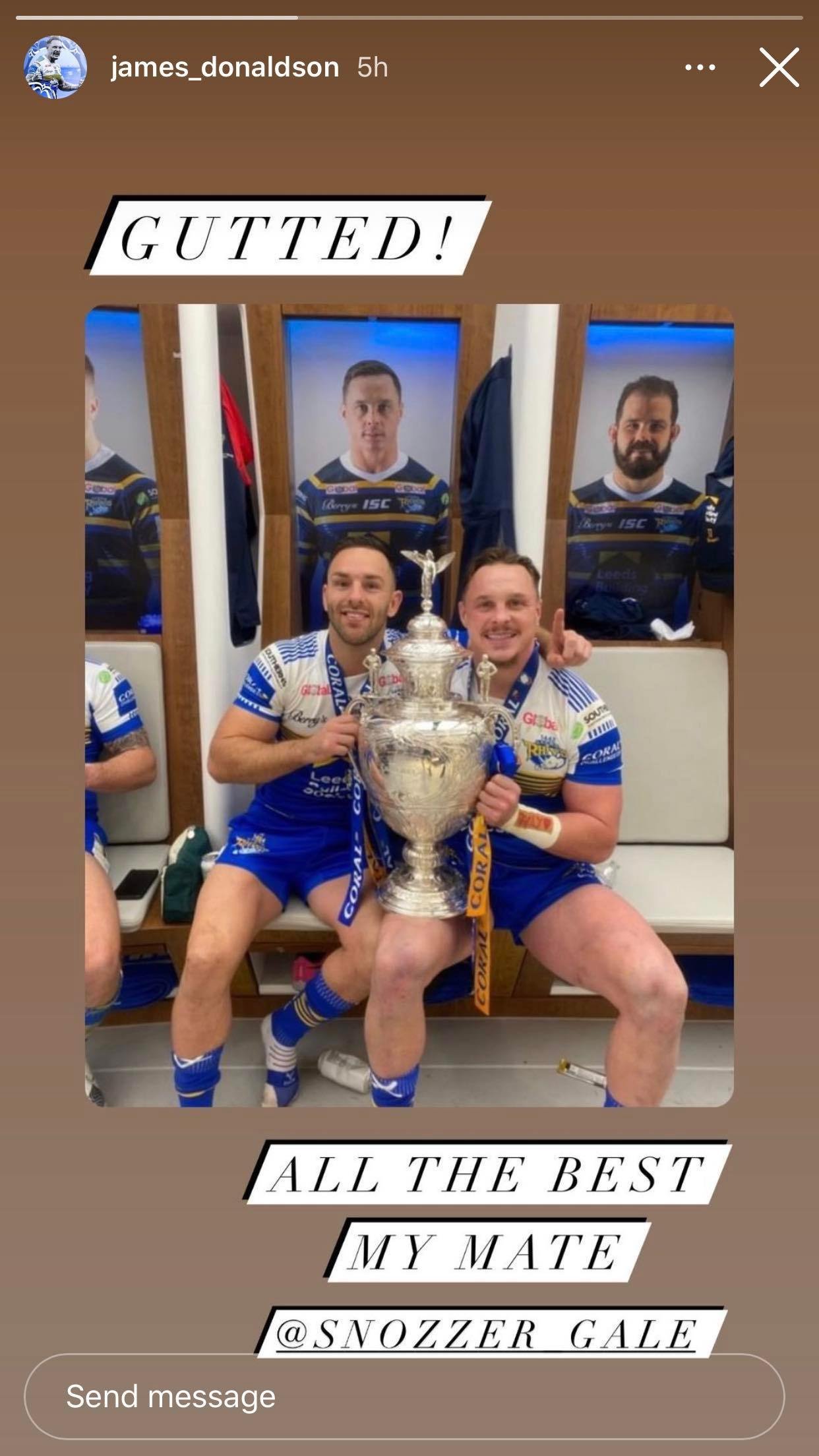 Meanwhile, Brad Dwyer, another player who complimented Gale’s game at Leeds, noted just how much he’d miss his mate. 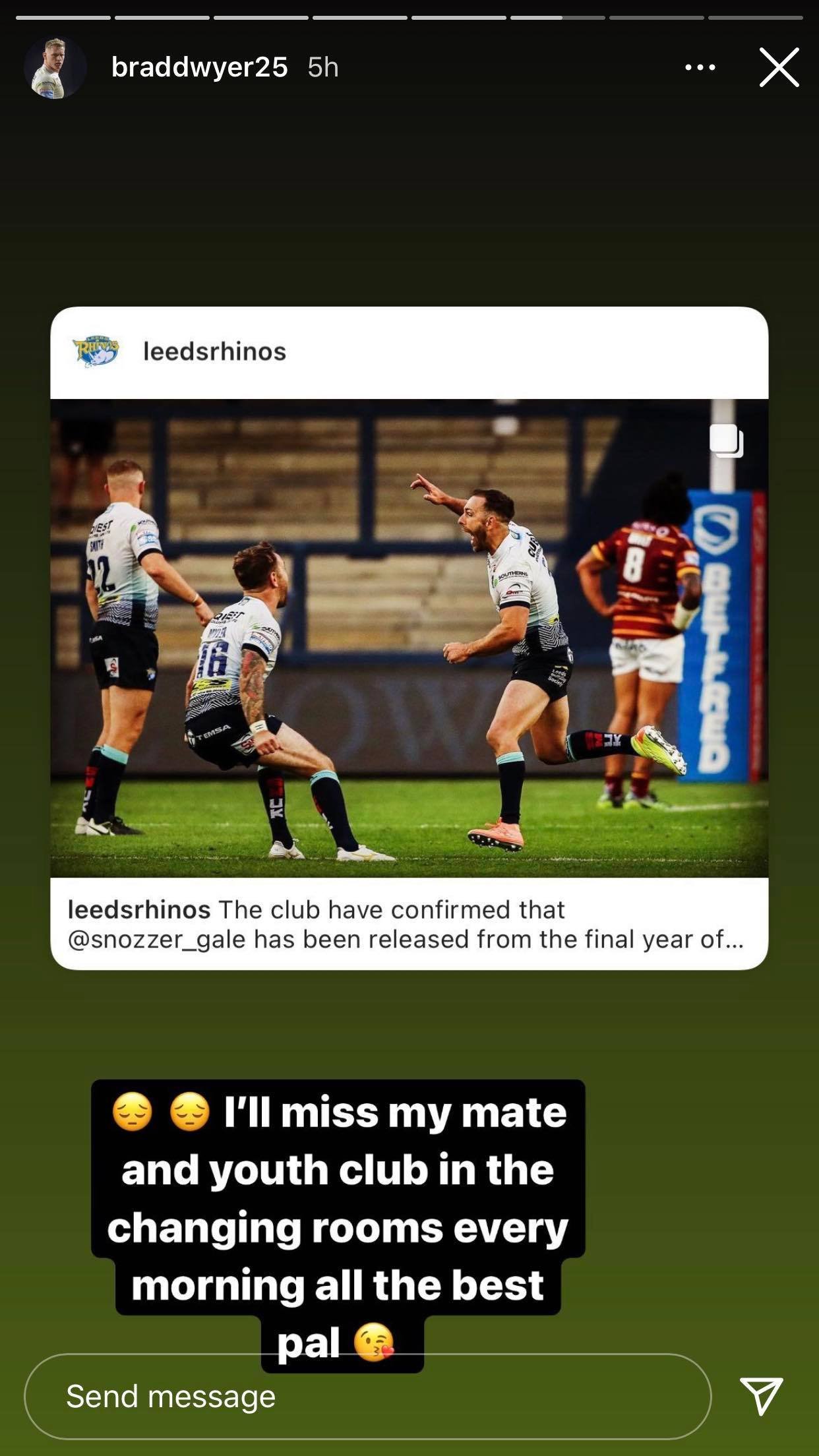 How much will Leeds miss Gale? Well for a guy who spent a lot of his time at Leeds injured. When he was fit did we see the guy who for Castleford turn the game on it’s head? Spent more time injured, yes it’s true if we would have got Gale a few year’s earlier he might have been the game changer. The new players coming to the Rhinos Aidan Sezer and Blake Austin.. Myler playing playing the best rugby ever in an unknown position for him made Gale’s place uncertain.