Great Britain are back in action this Saturday as they look to bounce back from last week’s disappointing loss to Tonga.

Here, we take a look at some of the key battles ahead between the Lions and the Kiwis. 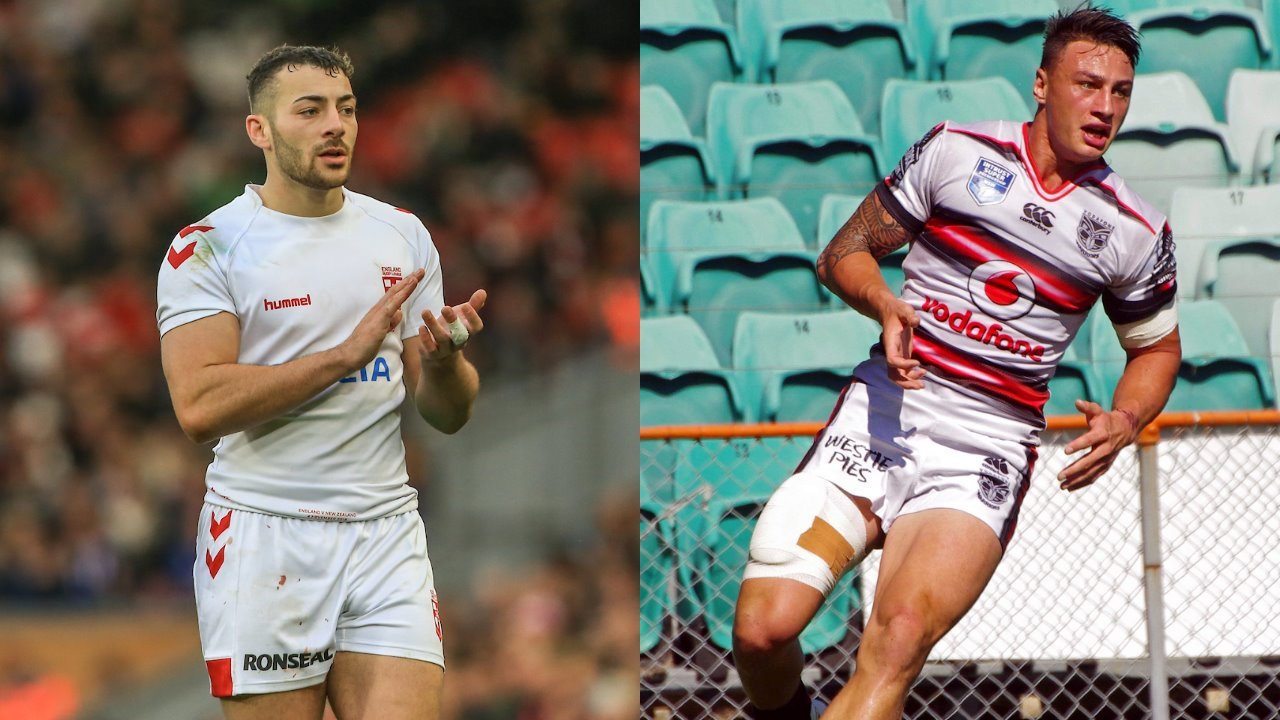 Oliver Gildart’s injury has opened the door for Jake Connor to make an impact on the GB squad. Many questioned his absence from the Tonga game and felt his attacking flare and charisma could have caused problems. New Zealand are just as, if not more, formidable in defence so it’s the perfect chance for Connor to work his way into Wayne Bennett’s first choice XIII.

He’ll certainly have his work cut out, though, coming up against one of 2019’s biggest breakthrough stars. After spending the past couple of seasons on the NRL fringes, Nicoll-Klokstad has emerged as one of the most exciting outside backs in the world, having a huge hand in Canberra’s journey to the NRL Grand Final. The one thing that may aid Connor is having Elliott Whitehead inside him who, as CNK’s teammate, will know exactly how to defend against his tricky footwork and acceleration. 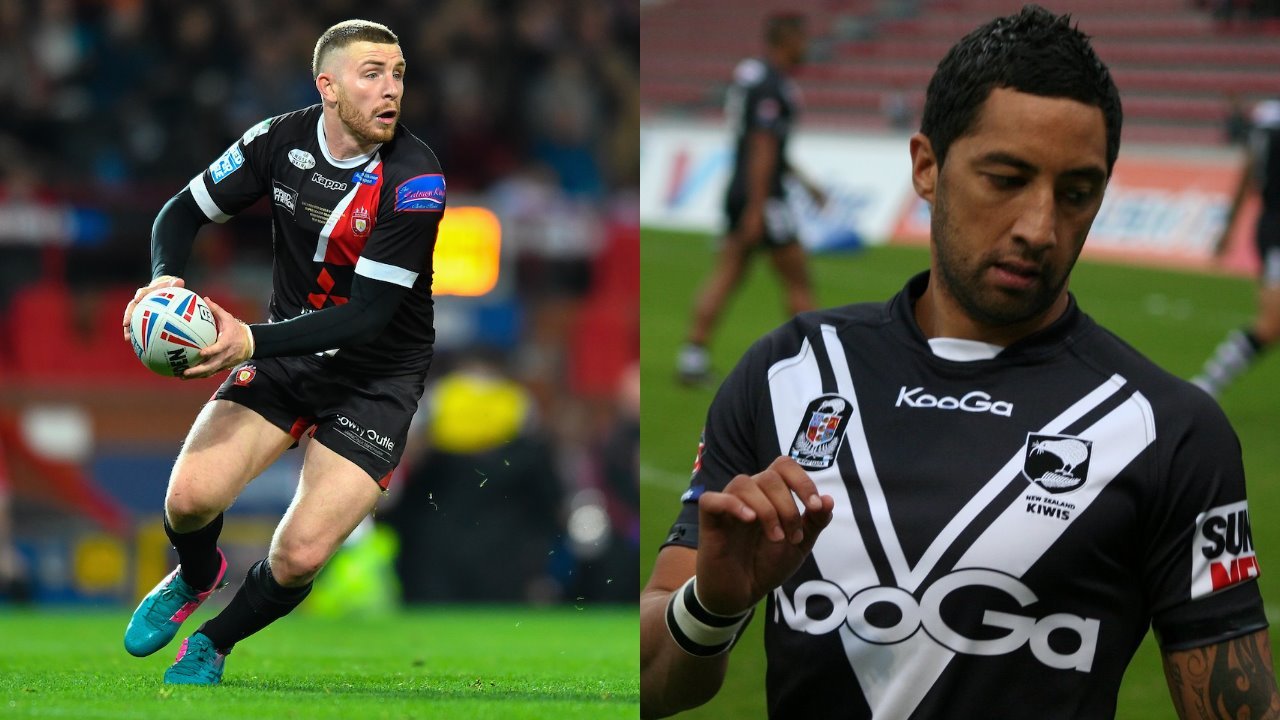 The old stager versus the young buck. Two outstanding halfbacks who are both performing at the top of their game. Hastings was just seven years old when Marshall made his NRL debut and the Kiwi has since gone on to become one of the most iconic players of his generation. His signature side-step and outlandish playing style gained him fans all over the world, in both rugby league and union.

Despite his controversial inclusion, Hastings adds unquestionable quality to the GB side after establishing himself as Super League’s best player in 2019. He blew rather cold against Tonga last week, as did the rest of his teammates, so the opportunity to prove himself against one of the world’s best in his position is one that could raise his profile even more. 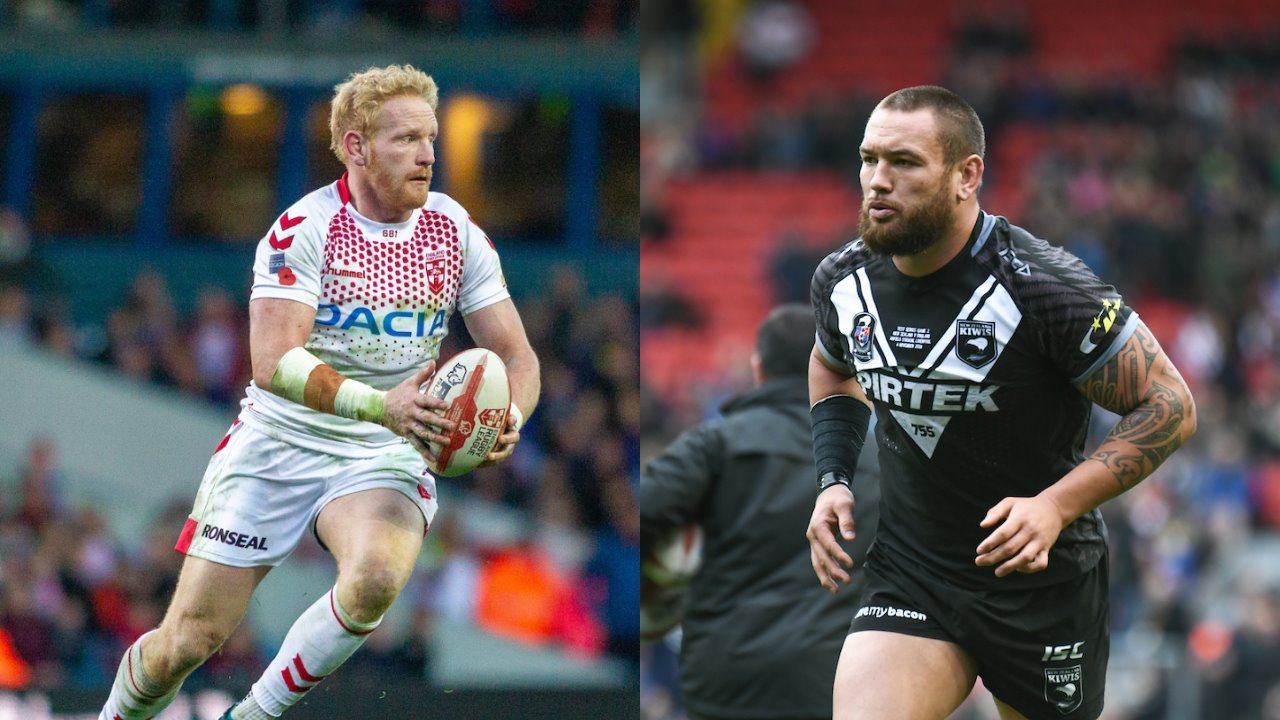 While most forward battles are physical, this one goes far beyond that. Both Graham and Waerea-Hargreaves are renowned for their aggression and have had several run-ins with each other in the NRL.

GB captain Graham was one of the Lions’ better players against Tonga and will again be looking to inspire his troops this weekend. JWH, on the other hand will, as ever, be looking to upset the apple cart and really get under the skin of Wayne Bennett’s men. Neither player will back down from a challenge, meaning we could be in for a feisty contest up front on Saturday. 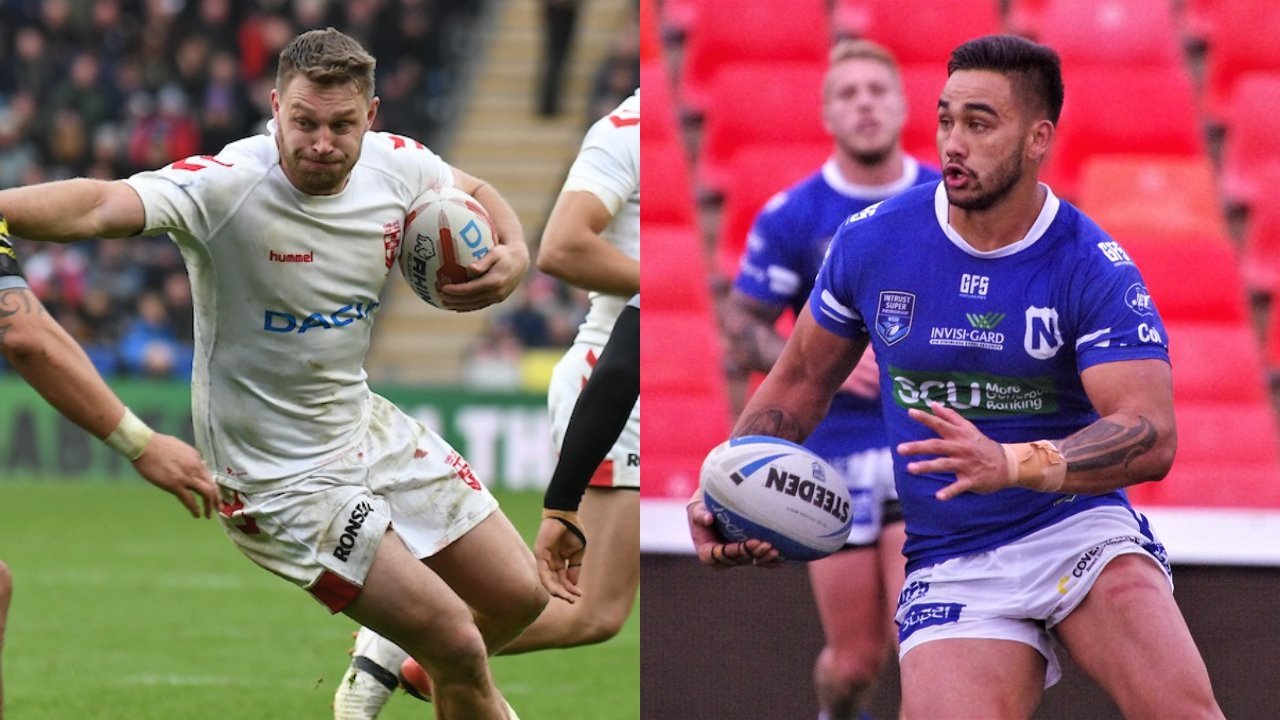 The interesting part about this battle is that both players are very similar in style. Despite their nine-year age gap, Whitehead and Nikora are amongst the most effective line runners in the NRL and have caused defences problems all season with their pace when hitting the line.

They’ve both become real attacking threats, however it’s defence that will become their biggest asset on Saturday. Both sides frequently look to their edges to create chances and the back rowers are key to that. So while Whitehead and Nikora are proven in attack, their most key role could be to keep the other one out. 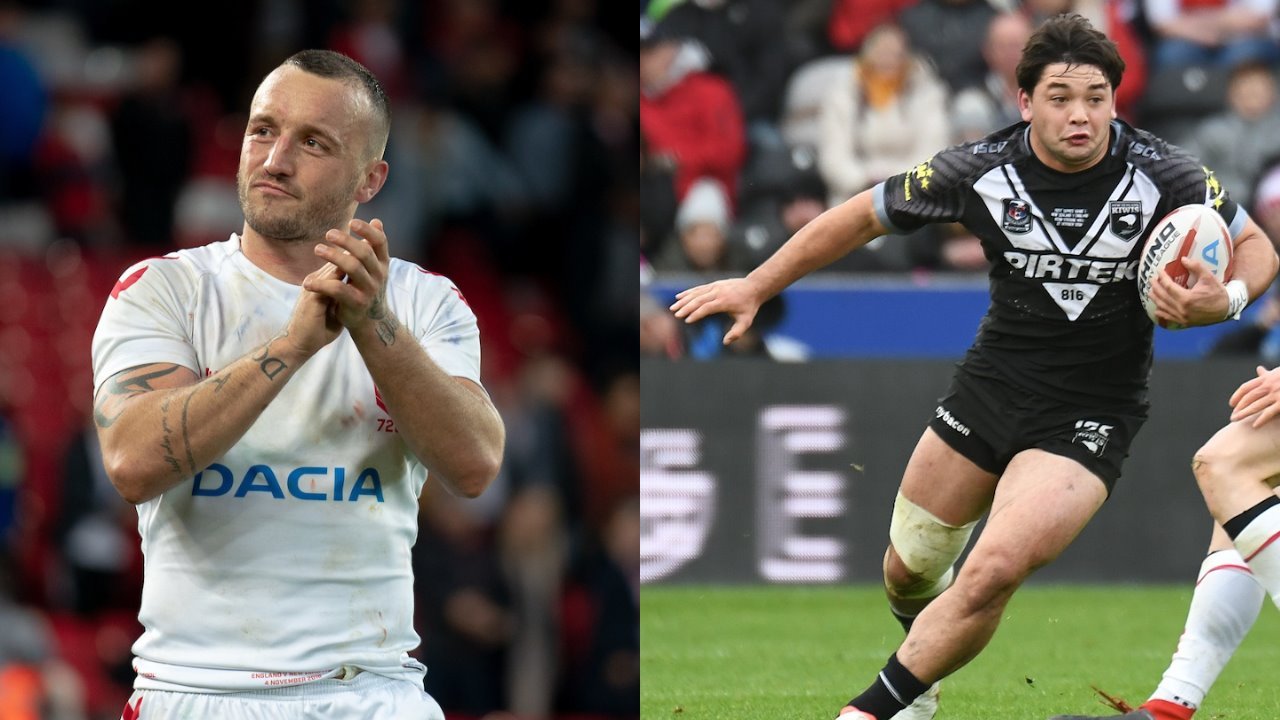 Up until this year, the roles these two play for their respective clubs have been generally understated. While neither are particularly flashy players, nor do they receive regular accolades, however they are undoubtedly the cornerstones that keep their side ticking. Hodgson is one of the NRL’s best UK imports down under, impressing so much that he captains Canberra. Now 29, he’s developed a certain maturity that complements his calm but effective style.

Smith is moulded like the classic hooker – a tough little player with superb handling skills. He, again, won’t catch any headlines but you can almost guarantee he’ll be a constant thorn in the Lions’ side. 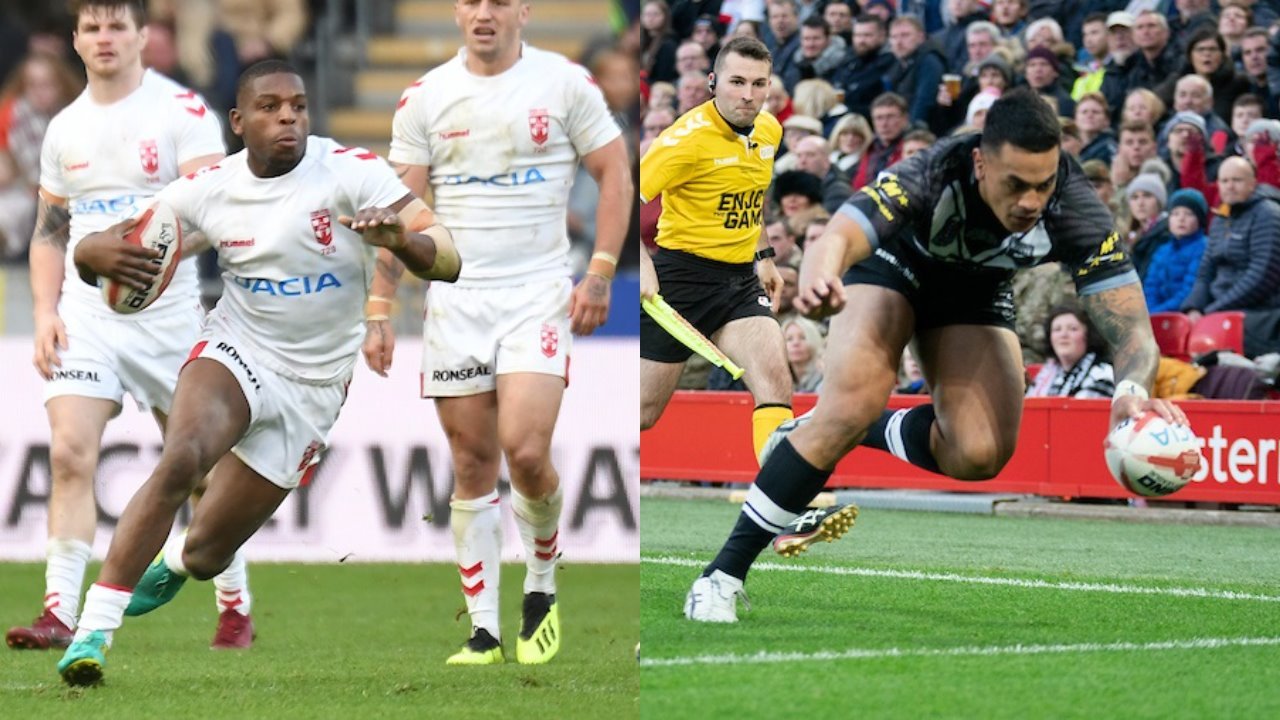 Now on paper, this seems like a complete mismatch. Second-rower turned winger Maumalo stands at a colossal 6ft 3in, compared to McGillvary’s stockier stature of 5ft 10in. With this in mind, it’s probably fair to say that Maumalo should come dominate the aerial battle just like he has when the two have met in the past, however, McGillvary has never been an easy opponent.

His awkward but powerful running style has always troubled Super League defences and he’s managed to translate that onto the international stage in recent years. Defensive issues arise particularly when The Huddersfield favourite has the ball close to the line, with his sheer strength making him difficult to stop. While Maumalo has the height, McGillvary has the low centre of gravity which, arguably, makes him just as much of a threat.