The future of rugby league is still said to be up in the air, but now Warrington halfback George Williams had his say following an Instagram post by Eddie Hearn.

The owner of Matchroom Sport, Hearn had been linked – with what would be an incredible move – to invest in Super League earlier in the season as well as last year.

Hearn had posted on his Instagram about upcoming boxing fights, but included Headingley Stadium in the photo – where one of those fights will be held.

Williams – who has only just moved to Warrington following a drawn-out exit from NRL side Canberra Raiders – thought that, at first glance, Hearn was looking to get involved in the sport.

The English halfback posted on his own Instagram story: “Thought this was him saying he wants in on Super League for a minute! IF ONLY he grabbed hold of our sport going forward?? He’s what we need.” 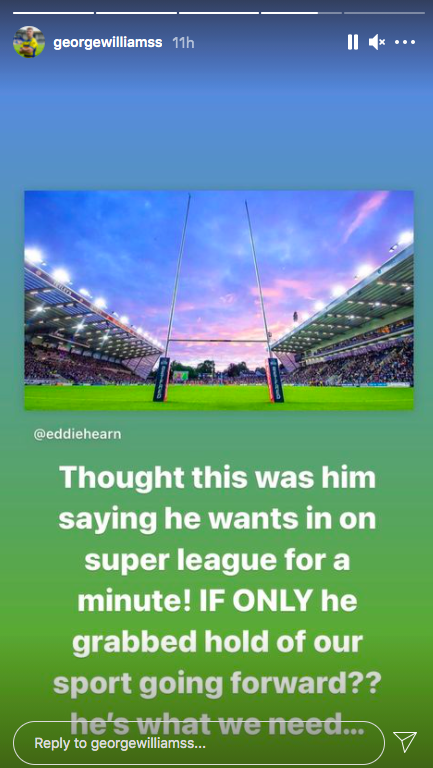