Gareth Widdop has posted a defiant message as he gets ready for Christmas in Australia.

The new Warrington Wolves head coach Daryl Powell revealed that star playmaker Widdop would not return until the New Year after being granted extended leave to spend Christmas in Australia with his family.

Widdop had spent most of the 2021 Super League season without his partner and children which, considering the distance, did not seem to affect him all too much given he was nominated for the Man of Steel.

Credit to his great professionalism, the Englishman excelled and will likely be raring to go in 2022 after a refresh.

Widdop posted on his Instagram: “The true measure of a man is not how he behaves in moments of comfort and convenience but how he stands at times of controversy and challenges.”

The photo was in the backdrop of a beach in Australia. 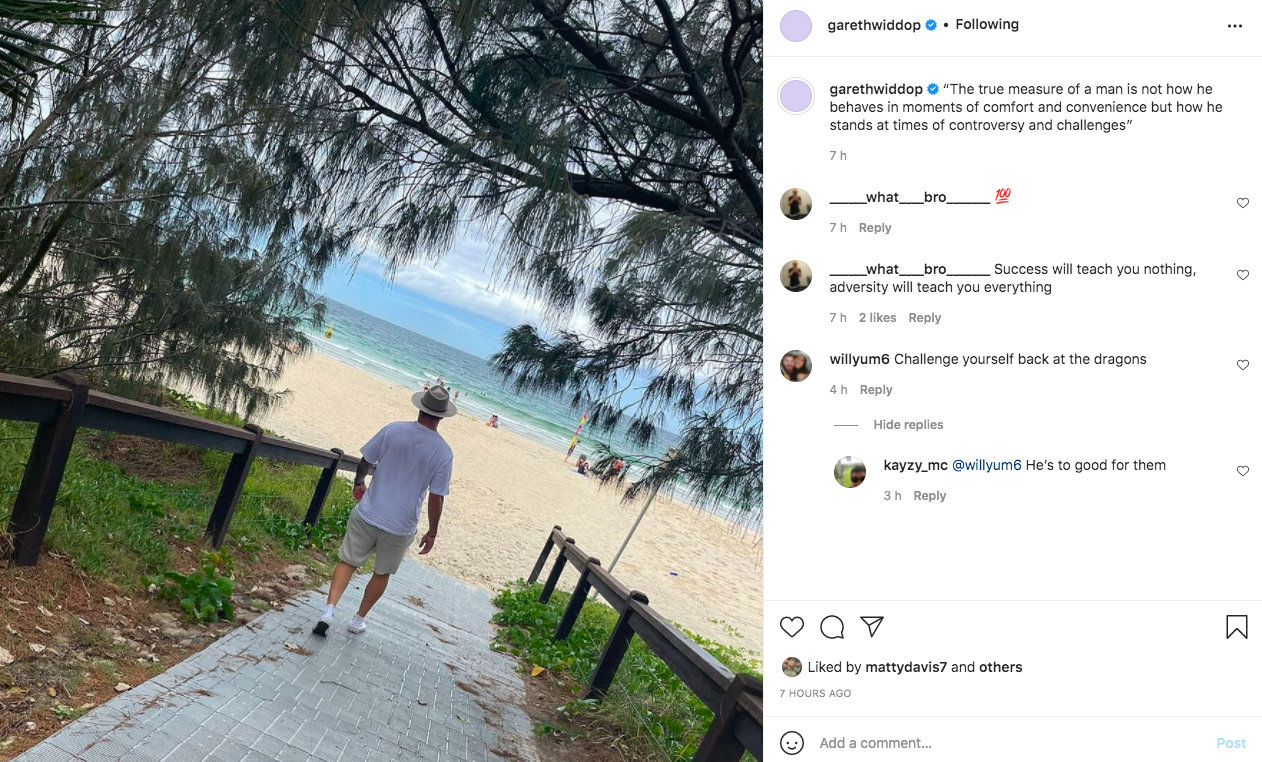 Widdop will be a key player for Powell in his first season as head coach as the latter tries to inspire the Wolves to a better showing than in 2021 when they exited the play-offs in the first round in what was former boss Steve Price’s last game in charge.

Click bait. Nothing remotely ‘defiant’ in the message from Widdop.