Gareth Widdop has posted a defiant message on social media as he prepares to return to the UK after Christmas.

The English halfback has been in Australia following the end of the 2021 Super League season as he reunited with family and friends following a year mainly spent without them.

However, Widdop’s class and professionalism clearly shone through as his performances went up a level in the last campaign with a nomination for the Man of Steel award highlighting his increasing importance to his Warrington Wolves side.

That being said, there had been speculation that a return to Australia was on the cards given his close training with St George Illawarra Dragons stars and former teammates, but that has been quickly put to bed.

And, now Widdop has come out firing ahead of the 2022 Super League season with a message for the Wire supporters: “Can not wait to get back at it with the boys and pull this jersey on again. Lesss go 2022.”

The 32-year-old will form a key part of new head coach Daryl Powell’s rejuvenation at the Halliwell Jones following a poor end to last season when the Wolves exited the play-offs at the first time of asking. 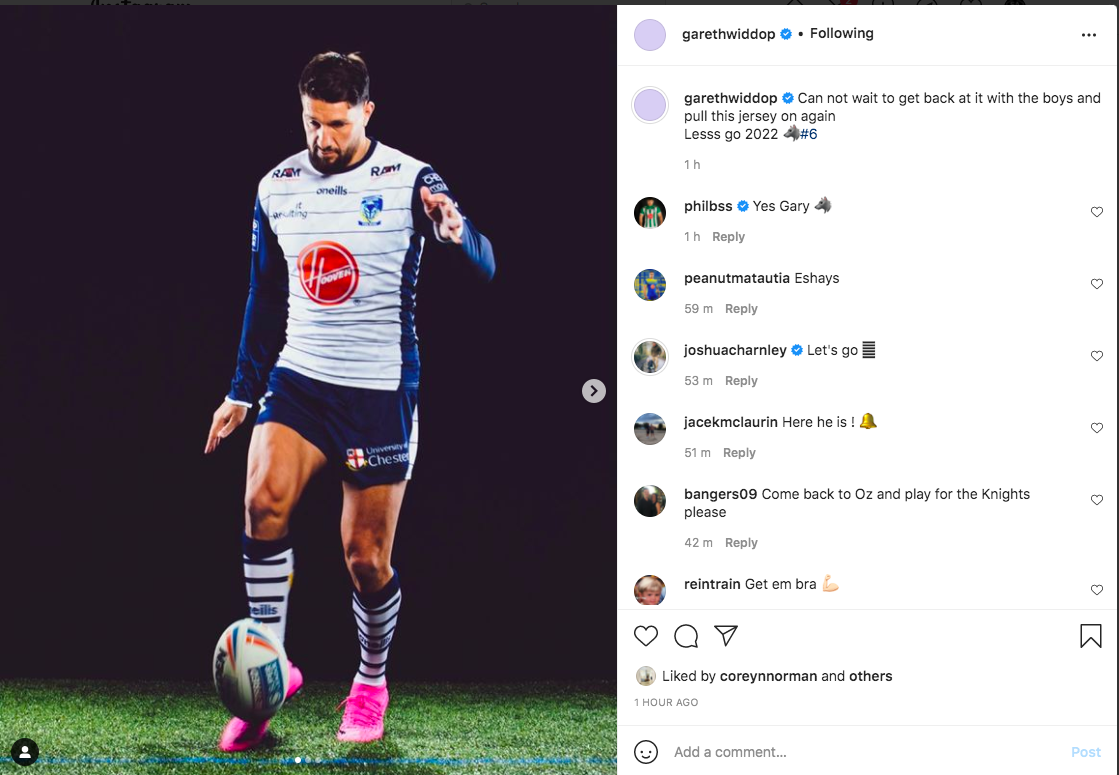