Gareth Widdop is currently “recharging” – his own words – in Australia as the Warrington Wolves prepare to enter into a new era at the Halliwell Jones Stadium.

Widdop himself has been handed the number 6 shirt by incoming head coach Daryl Powell, who joins Warrington after eight-and-a-half years at Super League rivals Castleford Tigers, and looks certain to play a key part in the Wolves’ attempt to win silverware under new leadership.

However, the English playmaker has recently returned to Australia to be with his family after spending most of the 2021 Super League season without them – a move which has led to calls from St George Illawarra Dragons fans for Widdop to return to the Red Vee.

It can be considered even more of a stellar season considering he did it without his family being there to support him.

But, even when Widdop returned to Australia over a fortnight ago, he was subjected to strict hotel quarantine rules which meant he could not see his family, and, he documented that hell on social media.

Late last week, Australian journalist Phil ‘Buzz’ Rothfield said Widdop ‘might get picked up’ by an NRL club following his recent stay, but he is still firmly in Warrington’s plans moving forward. 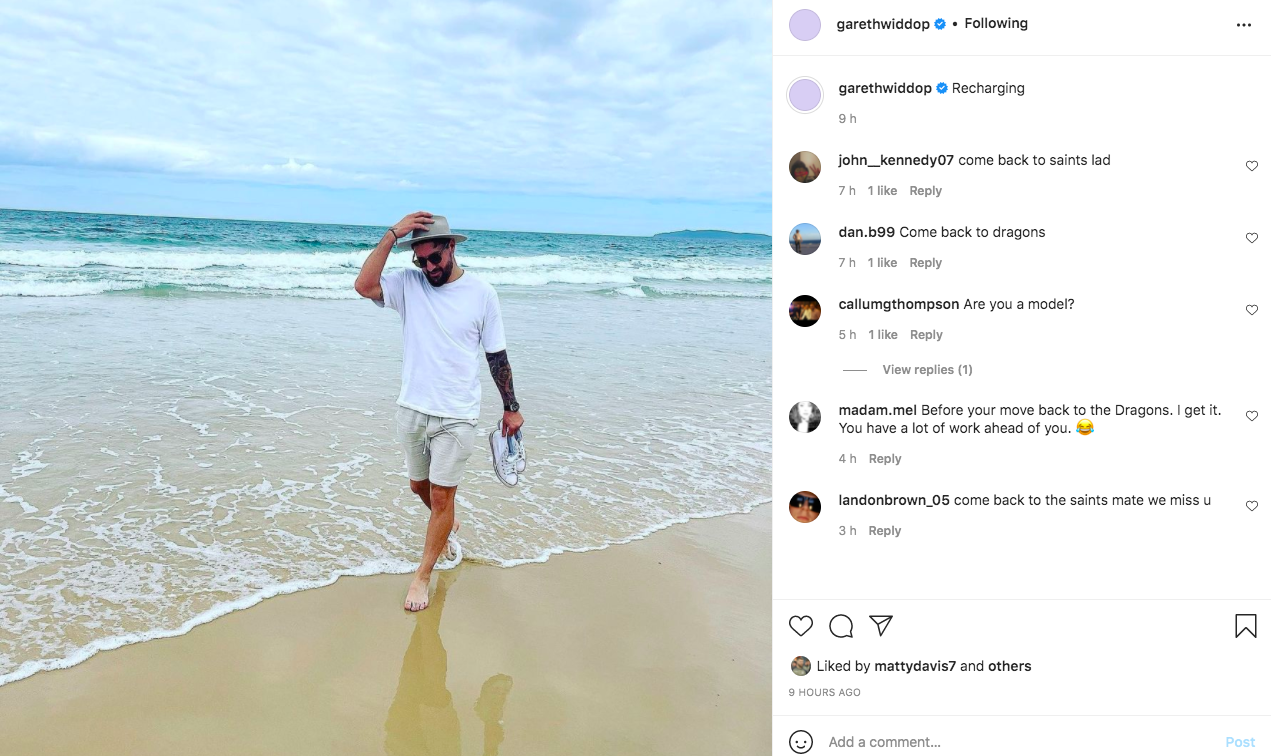