Joel Thompson has made his name in rugby league as one of the toughest characters out there – and when you delve into his past there is no wonder why.

On the rugby field, Thompson made his NRL debut in 2008 with before stints with the St George Illawarra Dragons in 2014 and more recently playing 60 times for Manly, bringing his NRL career tally to 234, scoring 62 tries.

Last year he captained the Indigenous All Stars in his seventh appearance for the side whilst he is also an influential figure off-the-field, a strong advocate for both Indigenous voices and mental health, founding The Mindset project in 2012 and being awarded the Ken Stephen Medal in 2016 for his community work.

Thompson, who joined St Helens ahead of the 2021 Super League season, is now a manager for THEE Group in Slacks Creek, Queensland, Australia – a rail construction and maintenance company.

And, he has been a regular poster on social media, updating his followers on his new career on a consistent basis as he looks for more to join him in the rail business.

Thompson was recently influential in brokering a new partnership.

THEE Group had the opportunity today to meet with Indigenous Business @manyriversaustralia who have partnered with @originenergy to support local Aboriginal and TSI owned businesses in the supply chain. 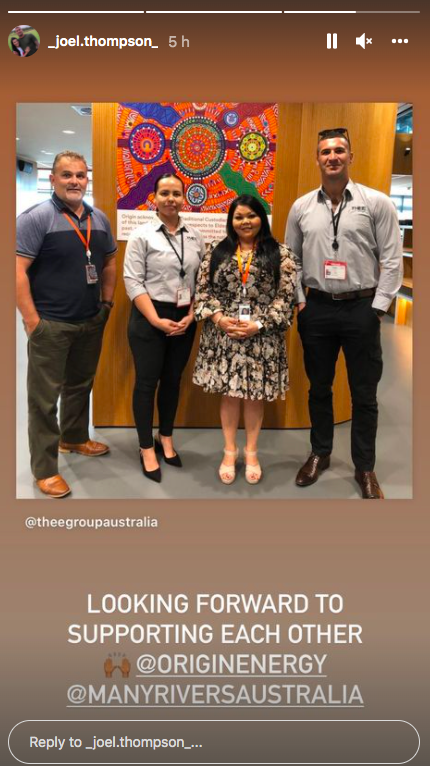