If the last two years have shown us anything about rugby league stars, it’s that they’re willing to do anything for a good cause.

Meanwhile, others have also done plenty for Mose Masoe and other tremendous causes in the last couple of years and now former Leigh and Toronto halfback Blake Wallace is doing his bit for a good cause.

Wallace was a key part of Toronto’s rise to Super League joining the club in 2017 before helping them to Super League promotion in 2019. However, following Toronto’s Super League exit due to financial issues worsened by the pandemic, he joined Leigh but only played a handful of games in 2021 before being forced to medically retire due to concussion.

However, that hasn’t stopped Wallace from looking out for others and next Saturday on the 18th December he’s going to partake in a 24 hour cycling challenge to raise money and awareness for mental health.

In a video on his Instagram page, Wallace said: “Next Saturday 18th December, I’m going to do a 24-hour challenge. Basically I’m going to hop on a Concept 2 Bike Erg and I’m going to ride it for 24 hours straight.

In the comments he then posted this message: “I wanted to pick something that I believe will challenge me more mentally than I think it will physically although I know it’s going to hurt like hell.

“I chose @livinorg as my organisation to donate to. They’re doing some amazing things and I’m stoked to be able to raise some money for them.

“Big thanks to my man @andrewjeffries and @validusfitnessaurora for allowing me to do it in the gym. You guys are the best!

“There’s a link in my bio and I thank you all for any support big or small in advance, it’s greatly appreciated!” 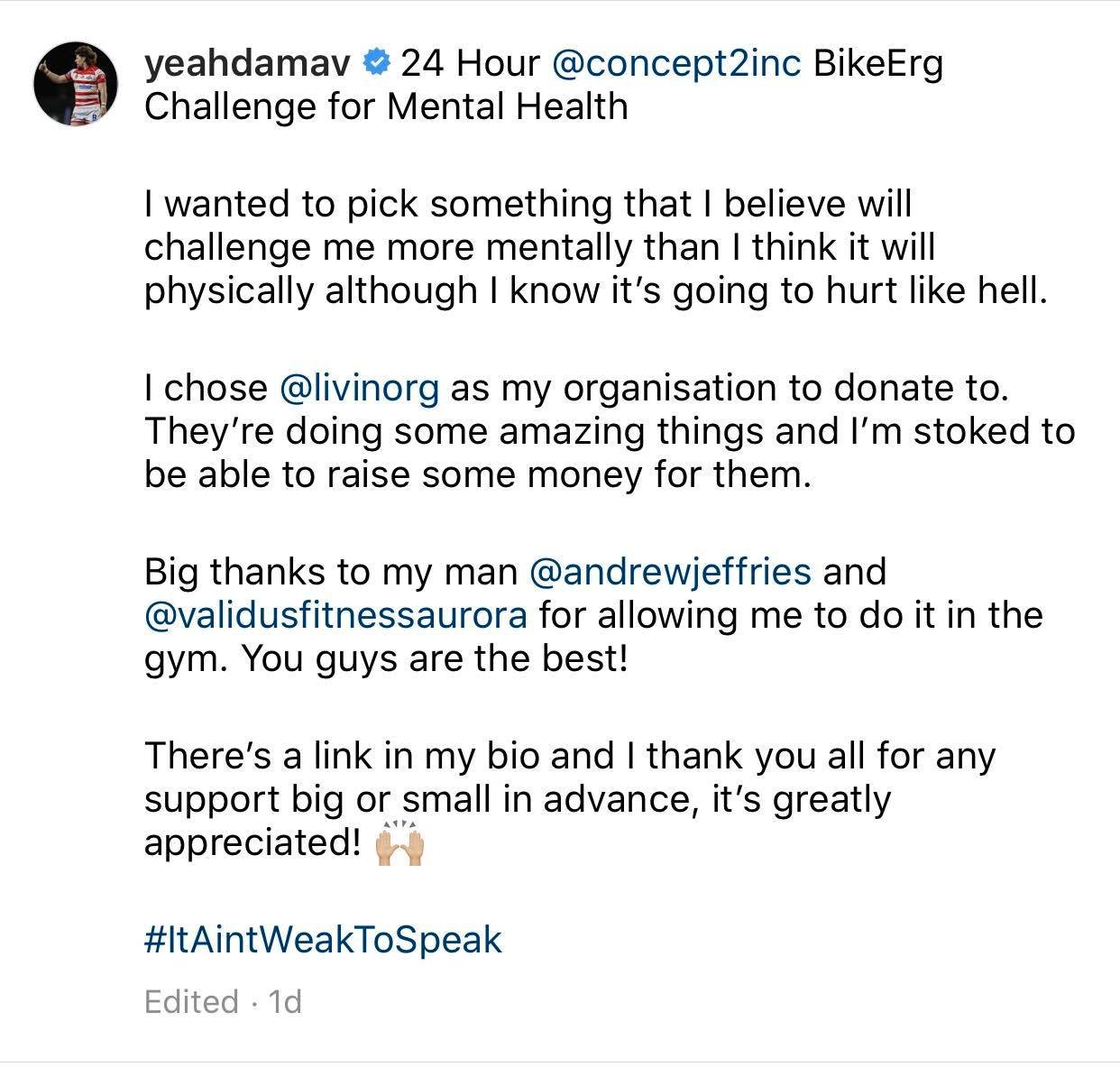 You can donate to his cause here.