It seems to have been a common theme in recent weeks with former rugby league players taking roles in new films.

Now it’s the turn of Hull FC stalwart Danny Washbrook, who retired at the end of the 2021 season.

A veteran with over 300 Super League appearances, Washbrook, sponsored joined the York City Knights ahead of the 2020 Betfred Championship season. The 35-year-old joined from Hull FC, his hometown club who he represented in two spells either side of four years with Wakefield Trinity.

With the former, he reached the 2006 Super League Grand Final while also being part of the squad that won back-to-back Challenge Cup Finals at Wembley in 2016 and 2017.

Now, though, Washbrook has swapped the pitch for the stage, enjoying a cameo role in new film Low Rollers.

It’s a comedy which, according to film critic site IMDB, explains as: “A bunch of corrupt cops in a quiet Northern town become embroiled in a sinister revenge plot following the release of notorious criminal Marvin Shaw.”

The film is set to be released in February 2022, though previews are available. 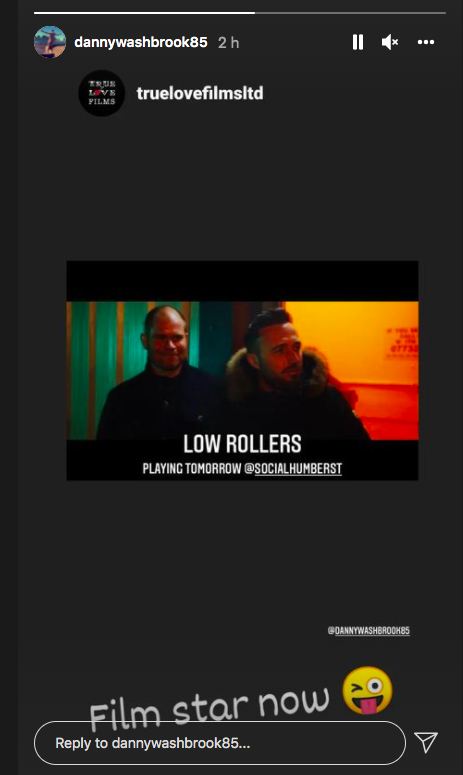