The two Burgesses joined together with pub baron Stu Laundy to buy the Barview after a bidding war took place in Sydney and now the hotel is set to make a TV appearance.

That TV program is the Sydney Weekender which is an Australian travel show featuring destinations throughout the state of New South Wales where best to explore eateries and dining experiences.

Luke wrote on his Instagram: “Tune into the @sydneyweekender this Sunday 5.30pm on @channel7 to see what we were getting up to at @thebayview_woywoy Talking all things Central Coast. #sydneyweekender.” 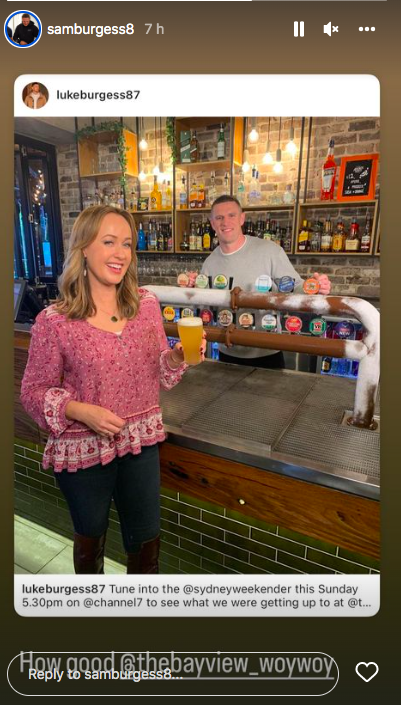 It’s yet another string to Sam Burgess’ bow off the field, with his own beef jerky business selling like hot cakes and his clothing apparel going down a treat.

On the field, the former Souths hero is set to return to the club where he made his name in a coaching position, after turning down a huge offer from the Dolphins to be part of Wayne Bennett’s coaching set-up in 2023.

Lately, Burgess has been coaching the Orara Valley Axemen in Group 2 of a regional bush rugby league competition in which he guided the club to a minor premiership.

The club will now wait for a number of weeks before learning who their semi-final opponents will be on the road to the Grand Final.

Though of course it is local rugby league, it is still a major boost for Burgess considering it is first head coaching role.

Burgess had said following the success: “I’m proud, really proud of the team,” Burgess told NBN News. “We had a goal at the start of the year to finish top and that’s the first goal ticked off.

“I needed a break, there’s so many people busted so I’m really happy we get the week off.

“They have worked their a*ses off and a deserve a break.”