Catalans didn’t manage to get a win against Saints on Saturday, but were boosted by the news that Tony Gigot has had his two-year ban overturned. The 27-year-old was banned for an “inappropriate exchange” with an anti-doping official but is now free to resume his career after successfully appealing.

The issue is that the Dragons have already replaced him, bringing in PNG fullback David Mead over the winter. That begs the question as to whether he’ll even stay in the south of France. They could certainly do with him, as his dynamic style would breathe a new lease of life into their attack but it’s unlikely they’ll dump Mead. I hear Castleford are in the market for a fullback, and I imagine Gigot would be a welcome addition. 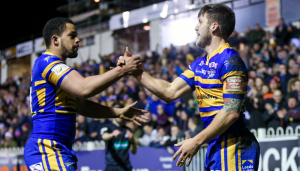 Leeds’ 2015 Grand Final hero Josh Walters could be set to challenge for another trophy, after being called into the Rhinos’ squad for their trip to Oz. The 23-year-old replaces Anthony Mullally, who unfortunately broke his finger in Thursday’s win over Hull KR.

What’s for certain is that the Rhinos need to improve in attack to stand any chance of beating Melbourne on Friday. Their defence was sound once again, but they lacked any interest or flair going forward, probably due to the absence of Joel Moon. His off-the-cuff style inspires those around him to keep the ball alive, which is how they unpicked Warrington last week. Brian McDermott is down a bit on troops, but needs to hit the Storm with confidence and aggression from minute one.

Wigan won their historical clash with Hull in Wollongong on Saturday, downing the Black and Whites 24-10. There was a decent crowd, I imagine mainly made up of Aussie natives, who seemed to enjoy the Super League experience. Overall it was a pretty positive day for the British game. 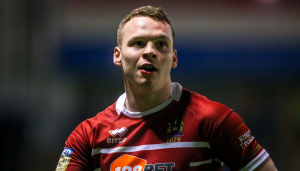 On another note, Shaun Wane officially has a winger crisis – he’s got too many of them! Tom Davies and Liam Marshall are tearing up, even meaning Joe Burgess was left out of Saturday’s 17. Throw Dom Manfredi into the mix when he returns from injury and it gives Wane a real selection headache. It’ll be a balancing act to keep everyone happy but for the time being, it’s a good problem to have.

Wolfpack stuck in the mud

Toronto’s bid for Super League hit it’s first stumbling block on Sunday, after Barrow held them to an 8-8 draw. Admittedly, the conditions up in Cumbria were horrendous, but it’s not a result many were expecting, especially after the Wolfpack knocked off top four rivals Leigh last week.

It seems the Canadian side aren’t a fan of the traditional British weather, which is surprising given the number of English players in their side. You’ll remember their historical first game in Siddal, where the amateur side pushed them very close on what can effectively be described as a quagmire in West Yorkshire. Toronto’s home games should no doubt help them out a lot this season, but teams will fancy their chances against them should the weather turn bad.

Amateur game to get TV coverage

For me, the most exciting news this past week is that FreeSports and Rugby AM will be showing National Conference League Games throughout the year. 27 matches will be broadcast live, kicking off with the huge Lancashire clash between Wigan St Pats and Thatto Heath Crusaders.

The warm reception received by the BBC broadcasting lower-league Challenge Cup games makes me think this will only be a success. It’s quite a niche concept actually. Football don’t televise any amateur games other than the odd cup clash, and nor do Rugby Union, so for once we’ve actually got an original TV idea that no other sport really has. Whether FreeSports is the way forward for rugby league in general is a different argument, but this is certainly a start.