Zane Tetevano incurred yet another ban from the disciplinary panel match review for a high tackle in Leeds’ 14-0 victory over Wigan on Wednesday night.

With the loose-forward already sustaining a four-match ban earlier in the season, it was another major disappointment for the ex-Penrith man as he will sit out the next three games – after the Bank Holiday.

The minutes taken from the disciplinary panel shows that Tetevano’s high tackle was “reckless” in its outcome, even if the panel did believe that the Leeds man “tried to tackle”.

The Rhinos ended up suffering another yellow card moments later when Luke Briscoe was sent from the field due to a professional foul, but he has received no further charge. 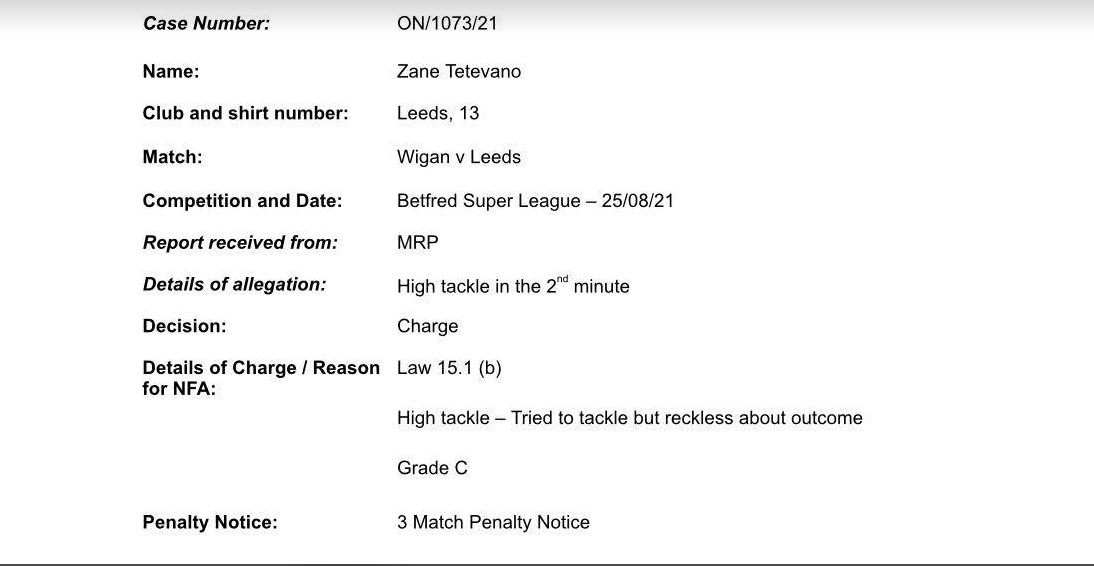