Former St Helens forward Luke Thompson is said to have been nearing a move to the Super League where his career began.

Thompson is currently in the UK after being granted compassionate leave by his current NRL club Canterbury Bulldogs.

General Manager of the Bulldogs – the club where Thompson is on the books – Phil Gould revealed that the hulking forward had returned for a ‘mystery family issue.’

However, Serious About Rugby League understands that the ex-Saints man will not be at Canterbury in 2023, with a move to Super League now likely given his return to the country.

Leeds Rhinos will have to do some salary cap jiggling in order to fit him on their books, whilst there is always a chance of a renaissance with old club Saints.

Big spenders Wigan Warriors, Warrington Wolves and Hull FC will likely be casting their eye, too.

That being said, Gould was asked on Twitter: “Hey Gus, say if Luke Thompson does head back home, is there a chance that we could do player swap for someone from over there.”

Gould replied: “That won’t be happening.” 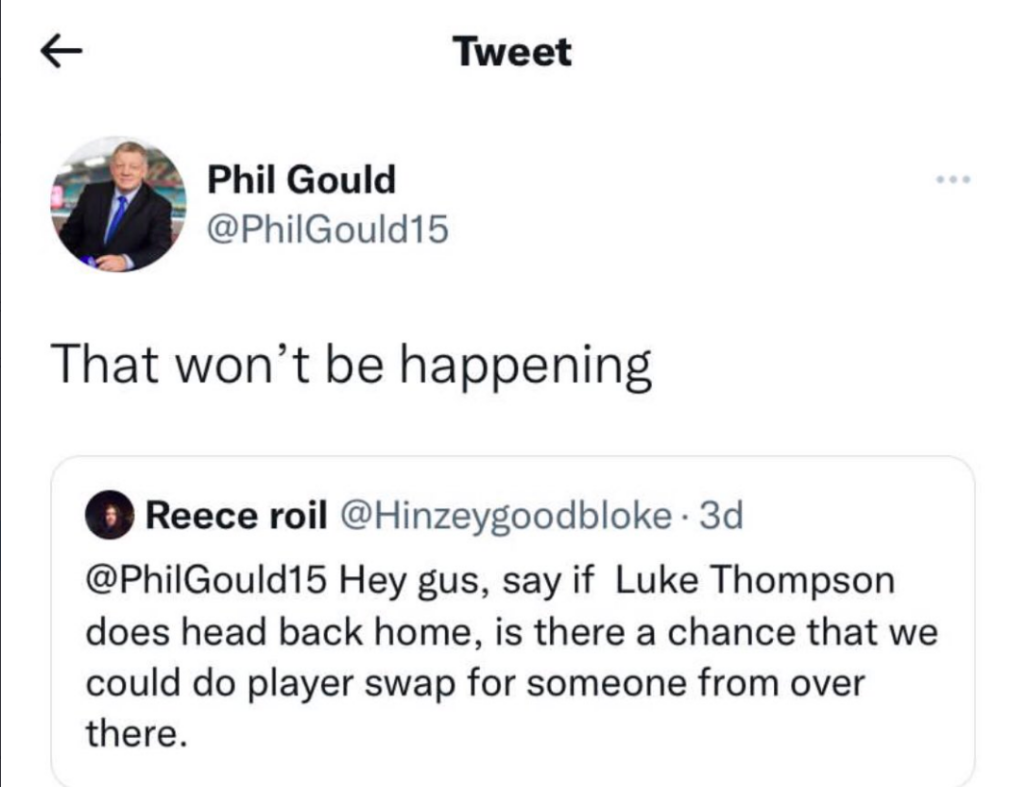 Whether Gould’s response was to Thompson heading back home or a potential player swap does not bode well for Super League teams if they want to get a deal done as he looks set to potentially stay at Canterbury for 2022, though an exit for 2023 is definitely on the cards.