Former St Helens forward Luke Thompson has posted for the first time since returning to Australia – and he looks in incredible shape.

The England international had returned to the UK to care of personal circumstances with the rumour mill swirling around that he would be leaving Canterbury Bulldogs in the NRL for a Super League side.

General Manager of the Bulldogs – the club where Thompson is on the books – Phil Gould revealed that the hulking forward would return to Belmore once the family issue had been resolved.

Thompson has indeed returned to hopefully play a big role in Canterbury’s run in to the end of the season with a finals spot still not out of reach, reposting a photo of himself in training with the caption: “Back 2 work with the lads.” 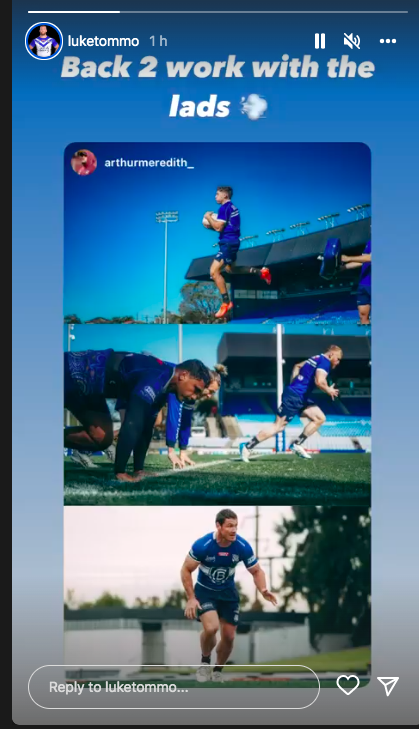 The Englishman is on big bucks at the Canterbury Bulldogs and there has been talk over the past year that the Bulldogs would be open to letting the 26-year-old go in a bid to ease salary cap pressure, with Viliame Kikau and Reed Mahoney already on their way to Canterbury next season.

It’s great news for Canterbury, though, that he is back in training and ready to go after a difficult time.