When you think of no nonsense forwards, three British players are possibly the first names that spring to mind.

Sam Burgess is lorded both in England and Australia for his approach to the game that saw him become the best second-row on the planet for a period guiding South Sydney Rabbitohs to the 2014 NRL title with a broken cheekbone sustained in the first minute of the Grand Final in which he picked up the Man of the Match.

The path he took to NRL stardom was laid down though by Adrian Morley who was also regarded as one of the world’s finest forwards. He started out at Leeds winning the Challenge Cup in 1999 prior to a move to Sydney Roosters.

In 2005 he won the Super League with Bradford Bulls prior to a trophy laden stint with Warrington.

Another member of the 2005 Super League Champions, in fact their skipper no less, Jamie Peacock is another epitome of toughness in our game.

Super League’s most successful player, he won nine Grand Finals six of which came with boyhood club Leeds as he won the treble with two different clubs becoming one of only three players to do so after Paul Anderson and Leon Pryce.

All three had amazing careers and are hugely respected. Whenever they’re in a room, a hush falls over people to hear what they have to say.

Full of stories about on the field heroics and off the field comedies – and indeed tragedies – the three are going to be sharing these stories with fans ahead of the Rugby League World Cup.

In a series of events masterminded by St Helens and Salford legend Mark Flanagan, the trio will be attending four Gods of League: The Enforcers events which will give an in depth look into the lives and careers of these iconic rugby league figures with some never before told tales from the sheds.

The events take place this October at Warrington’s Parr Hall on the 6th, Halifax’s Victoria Theatre on 7th, Leeds’ O2 Academy on the 9th and Hull’s City Hall on the 13th hosted by one of the beloved voices of rugby league BBC’s Dave Woods. 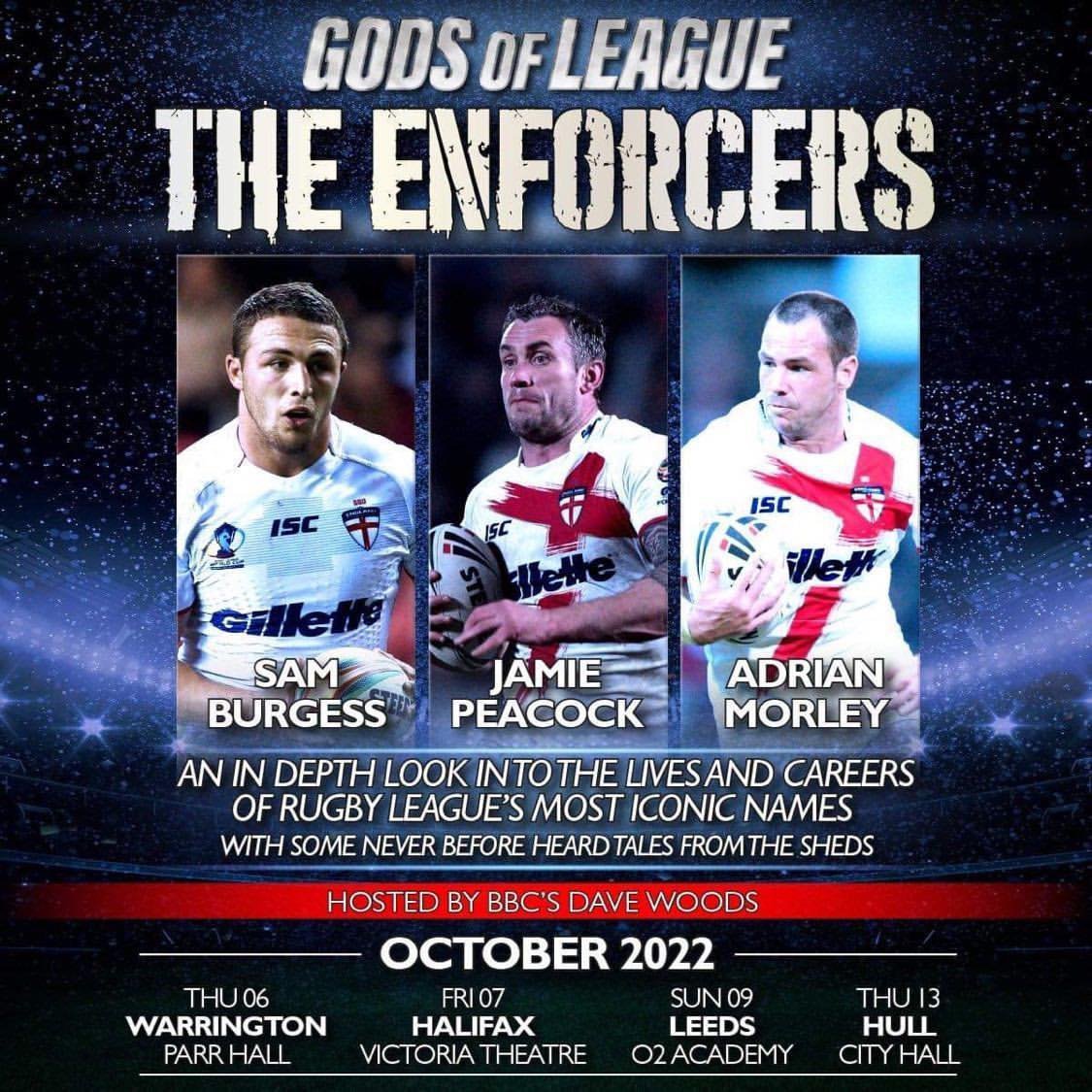 You can buy tickets here to what will be the perfect event to attend prior to the Rugby League World Cup.