Sam Burgess was the star of the second instalment of the 2019 NRL season. Slammin’ Sam slayed the Dragons in a second stanza bonanza Burgess scored two tries, popped a brilliant offload for Cody Walker to score and ran for a lazy 163m in total in a barnstorming performance. Burgess has started the year on fire and the coming to the famous club of Great Britain coach Wayne Bennett has stirred Big Sam, wound the big fella up and he’s winding the clock back to produce some vintage mayhem.

For the Dragons Englishmen it was a rough end to the night after an encouraging beginning. Gareth Widdop’s move to fullback is still a work in progress as the saints new spine hasn’t had the forward dominance to sparkle. There’s been talk in the media of Widdop shifting back to five-eighth, where he’s been the best in the NRL the past two season’s but Mary McGregor hasn’t folded yet but a move will be on the cards if the Broncos towel them up this week.

In Canberra it was a reality check for the Raiders as the Storm’s first half blitz showed the Green Machine the slickness they require to push into the top echelon of teams. The Raiders showed steel to fightback and ‘win’ the second half but co-captain Josh Hodgson and his men were caught in the gears of the Melbourne machine. John Bateman tackled his heart out but found the Storm harder to make metreage than the Titans in his debut. Elliott Whitehead’s shift to the left edge is puzzling and not working for mine, it’s blunted the Raiders razor sharp right edge attack and all the Storm’s early tries were down the new left edge defence.

Round three begins in the cauldron of Suncorp Stadium in Brisbane.

A massive game for the winless Dragons and coach Mary McGregor, who will have the wolves at his door demanding changes if the Saints cannot buck the Broncos. Gareth Widdop has been wasted at fullback and the Red V engine room better rev up or the Saints will be leaving BrisVegas 0 and 3. Widdop needs the ball in his magic hands more often and unless the Dragons manage a Corey Norman-led conquest expect Widdop to shift to 6 ASAP! Tevita Pangai pulverised the Cowboys and terrorised Jason Taumalolo and is the man who James Graham needs to channel his ginger Ninja anger towards or Buck the Bronco will do so many laps he’ll need an equine defibrillator hooked up by the hour mark. Pangai is in the NSW Origin sights as well as Graham’s, look to Pangai to back up last start’s punishment turning Suncorp into a cage fight. Keep an eye on rookie Thomas Flegler, he was superb last week and looks another baby Bronco star in the making. Broncos by 10

Big news for British fans, all four Englishmen are starting in the Raiders pack! Joseph Tapine’s broken thumb elevates Ryan Sutton to lock and shifts the impressive John Bateman onto an edge. The Raiders will no doubt start faster than last week as the Green Machine stalled on the starting grid as the Storm blew them away. Bateman was the Raiders best and he’ll look to chalk up a few offloads with more room to move out wider, while Sutton is on Ponga-Watch looking to nullify Kalyn Ponga through the ruck. Free from the Storm’s shackles expect Josh Hodgson to run the show and his output will be decisive. Ricky Stuart will want more from Elliott Whitehead who has had a sloppy start to 2019 his off-season seems to have involved a hand transplant with one of the Burgess boys. If Whitehead revisits error city Ricky will boot the nearest plastic chair over the border. Look for Leipana to leap into action, Joey Leilua was quiet last start while Jordan Rapana will be out to excite second game back from a lengthy absence. For Newcastle it’s their old heads, Mitchell Pearce and David Klemmer who can lead the Knights to the promised land of victory but look out for Big Papa, Josh Papalii to have a big say in this one. He has the Klemminator’s card marked decommission. Raiders by 8

The 2018 Premiers versus the Wooden Spooners, three weeks ago it would have been the Roosters by how many but two games into the season and its closer to a coin toss. Blake Ferguson is in rare form taking his fearless metre-eating Chook charges from last year out west and he is a huge reason the Eels are unbeaten. Fergie will be pumped and try to break through the red, white and blue brick wall. Eels youngster, Dylan Brown’s form has been sublime but taking on Luke Keary and Cooper Cronk is a steep learning curve on this rookie halves highway to superstardom. The Roosters were back to their best in the opening stanza last week thanks to a Keary masterclass, seriously this bloke plays better without Cronk, when he runs the show it’s a stunning success! Pass the keys to the Roller over to cool hand Luke, Coops and chill in the backseat listening to some retro beats. Currently equal top of the table for Parra it’s back to life, back to reality. Roosters by 14 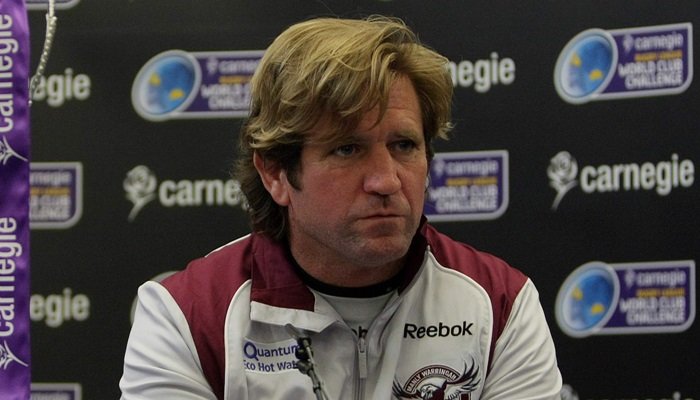 Manly take this home fixture to the heartbroken city of Christchurch. This is more than just a game of footy it’s a show of support, sympathy and respect for the resilient residents of this proud place. Sure to be an emotional occasion hopefully the players put on a great spectacle for the people who have been through so much. The Warriors are looking to rebound after a poor display against the Tigers while the Sea Eagles, though beaten by the Roosters, will be buoyed by the fight shown late in the piece. To further lift the Sea Eagles, Tom Trbojevic has recovered from his hamstring complaint and makes his first appearance of 2019 and he’ll want to make up for lost time. His combination with Daly Cherry-Evans and Jake Trbojevic can unlock any defence so the Warriors better be tight around the ruck. Tommy Turbo taking on the genius of RTS, Roger Tuivasa-Sheck, should be a belter of a fullback battle, let’s hope it’s a dry day, the tries fly and points flow like Dessie Hasler’s luscious locks in a South Island gale. A photo finish for mine it’s the Warriors by a whisker. Warriors by 1

The Cowboys are staring a tough two months in the face with the terrible news Jason Taumalolo’s out for between 6-10 weeks after being pancaked by Tevita Pangai. Don’t fear NQ Josh McGuire will answer the call and add team talisman to his CV which reads – tough guy, bearded brawler, hard nut and hit man. Cowboys coach, Paul Green has reacted to the Bronco bashing throwing Te Maire Martin into fullback, Jake Clifford to five-eighth and punting both centres the Cowboys problem position, other than the minor issue of TAUMALOLO OUT!!! Who is going to lift and fill the huge meteor sized crater left? Green will expect his whole pack to lift and waiting for them is none other than Andrew ‘Wrecking Ball’ Fifita and the Shire sheriff Paul Gallen playing his 329th game for the Sharks breaking ET, Andrew Ettingshausen’s, club record. This will be a rough arm wrestle and the Sharkies will look to their X factor playmakers Shaun Johnson and Matt Moylan to break down the Cowboys but I fear the tough Townsville trip, despite the new JT’s absence, will see Big Gal’s milestone end in tears and like the 2016 (salary cap compliant apparently) GF victory he’ll want to hug ET or phone home… whatever you do don’t phone Shane Flanagan or email him either just quietly. Cowboys by 2

Gentlemen start your engines, the NRL roadshow hits the central west NSW town of Bathurst home of motorsport and the Panthers better have their tyres pumped and engine revving as the well-oiled Melbourne machine is purring like a kitten, Kitten Kong that is! In the shadows of the famous racetrack at Mt Panorama the Storm’s own man-mountain, Nelson Asofa-Solomona will make it look like Bathurst is surrounded by twin peaks and if the Panthers can’t nobble Big Nelson and Co they’ll return to the foot of their mountains wrapped in plastic with a toe tag attached. The battle of the young gun halfbacks Nathan Cleary and Brodie Croft should be intriguing and the clash of the firebrand five-eighths James Maloney and Cameron Munster match defining but the vintage car that is Cam Smith is the polish that will pluck the two points from the Panthers. The Storm has a remarkable hold over Penrith having won 17 of the past 19 clashes, bugger it I’m jumping the gun, they’ll make it 18. Start waving the chequered flag. Storm by 10

Can I change my tip for wooden spooners of 2019? Oh boy, the Bulldogs are battling! Dean Pay I’m glad I’m not in your shoes but wouldn’t mind your pay packet though wouldn’t swap in regards to job security. Young recruit from Newcastle, Nick Meaney, at fullback is one of four changes as Dean Pay attempts to stem the bleeding of the wounded Dogs of War. Dead-Eye Dick with the boot Rhyse Martin has been included but I’m not sure how many shots at goal he’ll get. Tigers fans, the Ivan Cleary bus may have left for Penrith and I apologise, my disrespect has cost me two tips already but don’t fret I’m on board now with whatever mode of transport Madge Maguire takes, probably now working out of the hip inner west an oBike that he dumps at the ground of his teams victims. If Robbie Farah and Benji Marshall hold off being cast members of Grumpy Old Men 3 and stay slaying it in the NRL, assisted not by a mobility scooter but a tough pack with no soft underbelly, the Tigers should walk this in and leave a down cast down on his luck Dean Pay, probably missing the team bus, getting a double home sitting on Madge Maguire’s handlebars. Tigers by 14

This game will be held as NRL fans in the UK tuck into their Sunday morning fry up or as I call it the breakfast of champions, word of warning, don’t fill your mug of English breakfast tea too full as Slammin’ Sam Burgess comes blasting through your TV sets making your cuppa ripple like the T-Rex in Jurassic Park, tearing into the Titans like they were a kilo of crisp streaky bacon. Sam is in the form of his life and you’d back him to lead the stats again as his Rabbitohs take the terrible Titans to task. Jai Arrow is the one Titan who can hold his head high, his game last week was irresistible in a well beaten team, he is a fantastic hard worker who is doing his best to drag the Titans away from the cellar but they are hamstrung without star playmaker Ash Taylor who is out indefinitely with a quad injury. A quality half is gold and in Adam Reynolds the Bunnies have one of the best, he is conducting confidently the notes Wayne Bennett has written and the music Souths are making is mesmerising. Sam and Tom Burgess are the big bass drums beating in time and Benny’s Bunnies are heading to the top of the charts with a bullet. Keep an eye out for young Braidon Burns who is repaying the faith and confidence master coach, Bennett, has placed in him in spades. Burns is one of the form centres of the NRL, loving Wayne’s world and Bennett is revelling at the Rabbitohs, they look ominous and the Titans are next to feel the bite of the Burrow! Rabbitohs by 18