Racism seems to be more and more rife in both society and sport as a whole.

And, for most people, they sometimes don’t know what athletes have to go through just for the colour of their skin.

That is why the taking of the knee has become so engrained within the sport of rugby league as well as football – to raise awareness to this kind of behaviour shown below.

It falls on Canterbury Bulldogs star Jayden Okunbor to have been the latest unlucky sporting recipient to be targeted by vile keyboard warriors on social media, purely because he is black.

The Bulldogs lost 34-6 to Gold Coast last weekend, and the troll couldn’t wait to lay bare his disgusting racism.

Fortunately, Okunbor took screenshots, with the matter now being referred to the police in a bid to track down the offender.

The winger also said it has not been the first time that he has received racist abuse online. 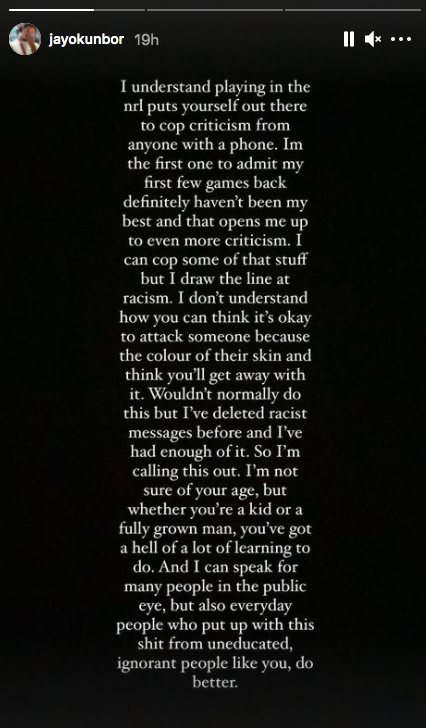 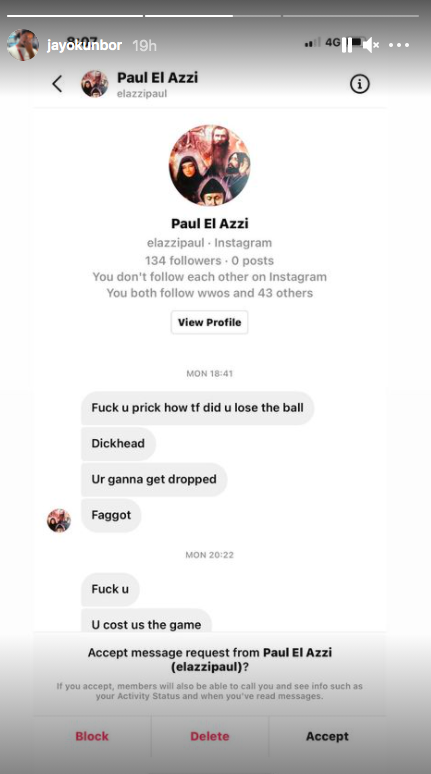 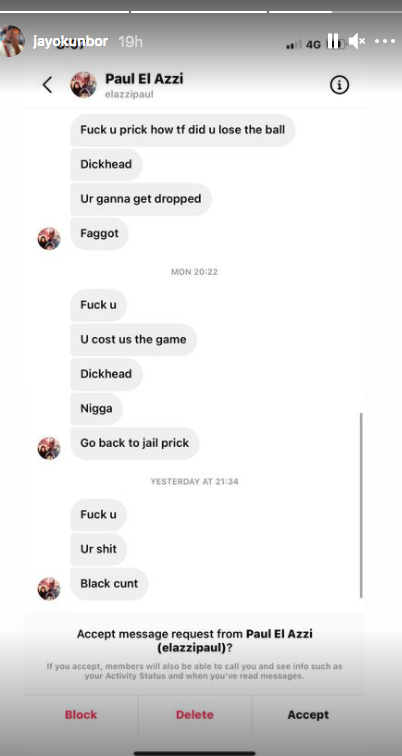