Though Liam Watts escaped a ban for tripping against Hull FC, he could not avoid a two-match ban for the same offence against Wigan.

The Castleford Tigers forward was charged with a Grade B “intentional tripping” citation in just the first minute and will now sit out the Tigers’ trip to the Magic Weekend where they will face Salford as well as an away trip to Hull KR.

Watts wasn’t spoken to by referee James Child on the field.

Tom Lineham, meanwhile, was issued with the same length of ban after hitting a St Helens player high in the face in the Wolves’ 24-14 defeat to Saints last night.

The Warrington winger was handed a yellow card by official Liam Moore in the final ten minutes of the clash.

Lineham’s high tackle was classed as “careless – stepped and reaching”. 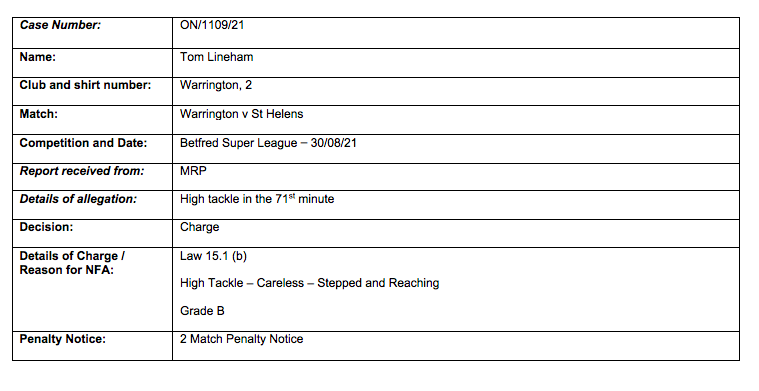