Willie Isa is set for a four-match ban after being charged twice for incidents during Wigan’s loss to St Helens last Friday, with John Bateman and James Bentley set to sit out one game each.

His first came for striking with the forearm: 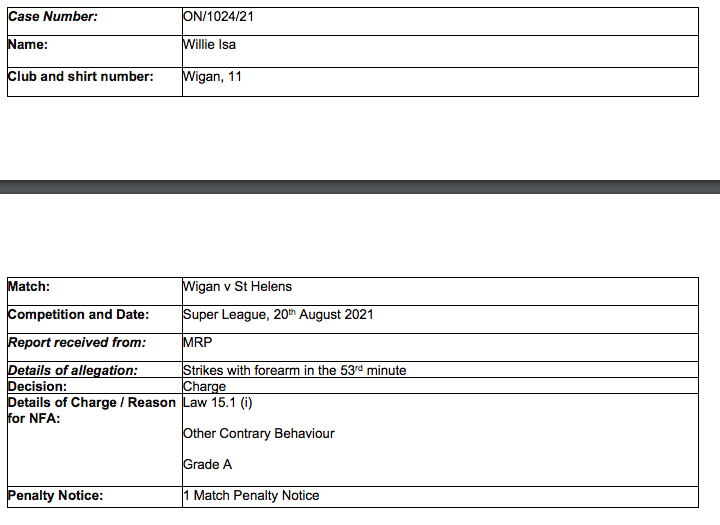 Isa’s second, much larger ban came for a “reckless” strike with hand, arm and shoulder”:

John Bateman was also in the disciplinary panel’s bad books for verbally abusing the referee following a decision that didn’t go his way in the 50th minute:

And, to round things off from the ill-tempered fixture, James Bentley was also handed a one-match ban for kicking, making “light contact” with a Wigan player in the process in just the 16th minute: