It’s always interesting to see how a ban has been handed down to a player, with the minutes of both Rhyse Martin’s one game ban and Tommy Makinson’s three match ban having been released.

Leeds’ Martin hit a passer late in the Rhinos’ 46-10 demolition of Leigh at the weekend in just the third minute.

A one match penalty notice, but a Grade B charge was due to the “dangerous contact” element, in which he put the Leigh man in a “vulnerable position” which posed “an unacceptable risk of injury to that player.” 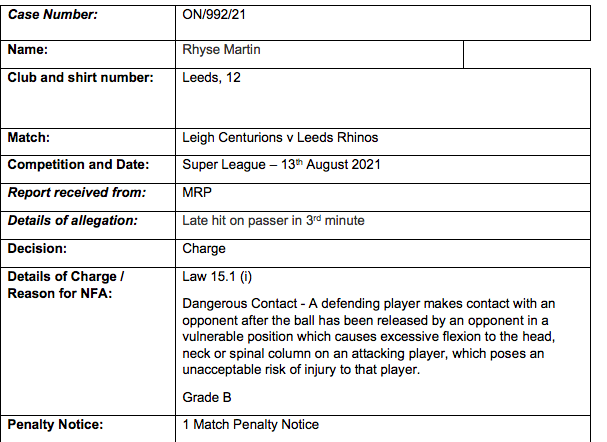 Tommy Makinson’s high tackle on Niall Evalds in St Helens’ loss to Castleford on Thursday night not only earned the winger a red card, but a three match ban as well.

The disciplinary panel noted Makinson had “tried to tackle” but that the outcome was “reckless” on a Grade C charge, with the England international making “contact with the head or neck of an opponent.” 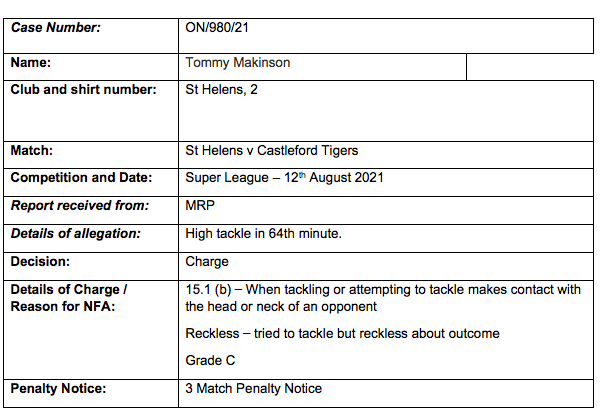