After taking months out of the sport for mental health reasons, Denny Solomona will be back in a Sale Sharks starting shirt this weekend.

Solomona infamously retired from rugby league to join Sale back in December 2016, scoring 11 tries in his first 15 outings, with Castleford Tigers ending legal action against the winger after accepting over £200,000 in a settlement.

Solomona then won his first England cap on the tour to Argentina, but has endured a rather quiet and messy time in Manchester in recent seasons.

The winger, who scored 42 tries for the Tigers in the 2016 season, was the focal point of a bitter legal dispute that had the potential of changing the cross-code relationship for good.

But, with such weight and expectation on his shoulders, Solomona admitted to taking cocaine and drinking heavily during his time in rugby league in an interview last year with the Daily Mail.

The flying winger has only since turned his life around with a new wife and young family as he prepares to start at fullback for the Sharks this weekend. 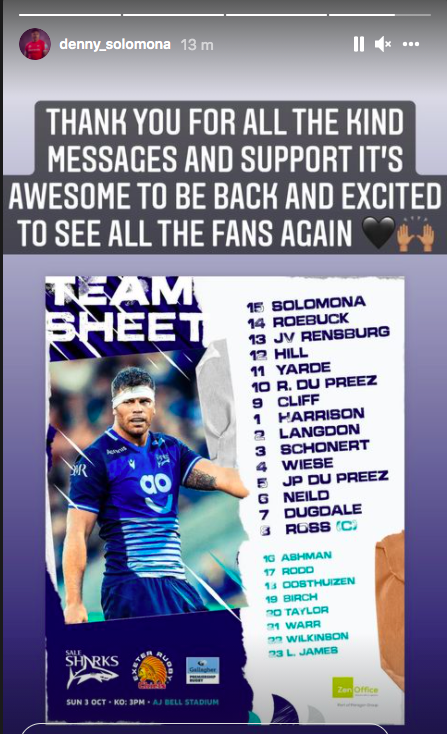