It’s been a news item that’s been doing the rounds ever since it was announced. But, now the criteria for the academy licences has been revealed, as per the Full 80 Minutes Podcast.

Five clubs were denied an Elite academy license with three of those – Bradford, Castleford and Hull KR – already having rather successful academy setups. Leigh and Salford were the remaining two.

Hull KR have already appealed the decision, with Bradford and Castleford likely to follow after the decision rankled most of the rugby league fraternity.

See the criteria below: 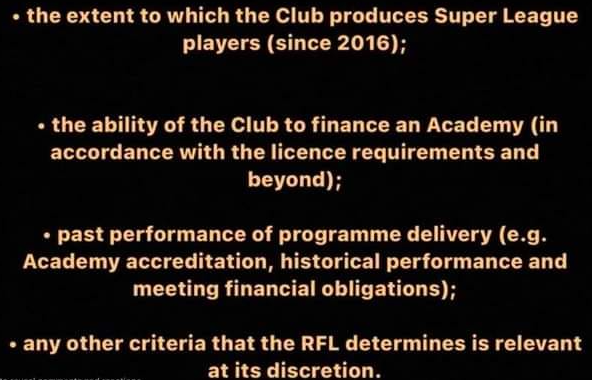