Leeds Rhinos fans have been going wild on social media.

That’s because they believed the club had pulled off major business with the signing of Harry Newman to the club until 2027 which would be brilliant news for the club with Newman one of the best and most exciting players in the Betfred Super League.

Massive news for the club keeping hold of this talent! Chuffed with this deal! @Harry3Newman congrats! 💙💛 pic.twitter.com/pLzgQpEGtd

In fact the last time he signed a new deal, the Rhinos were forced to fend off interest from the NRL and rugby union.

Yes, injury prone, but he is a top tier Super League player and injury free in 2023 could be the best player in the league.

So, when fans saw this they went wild: 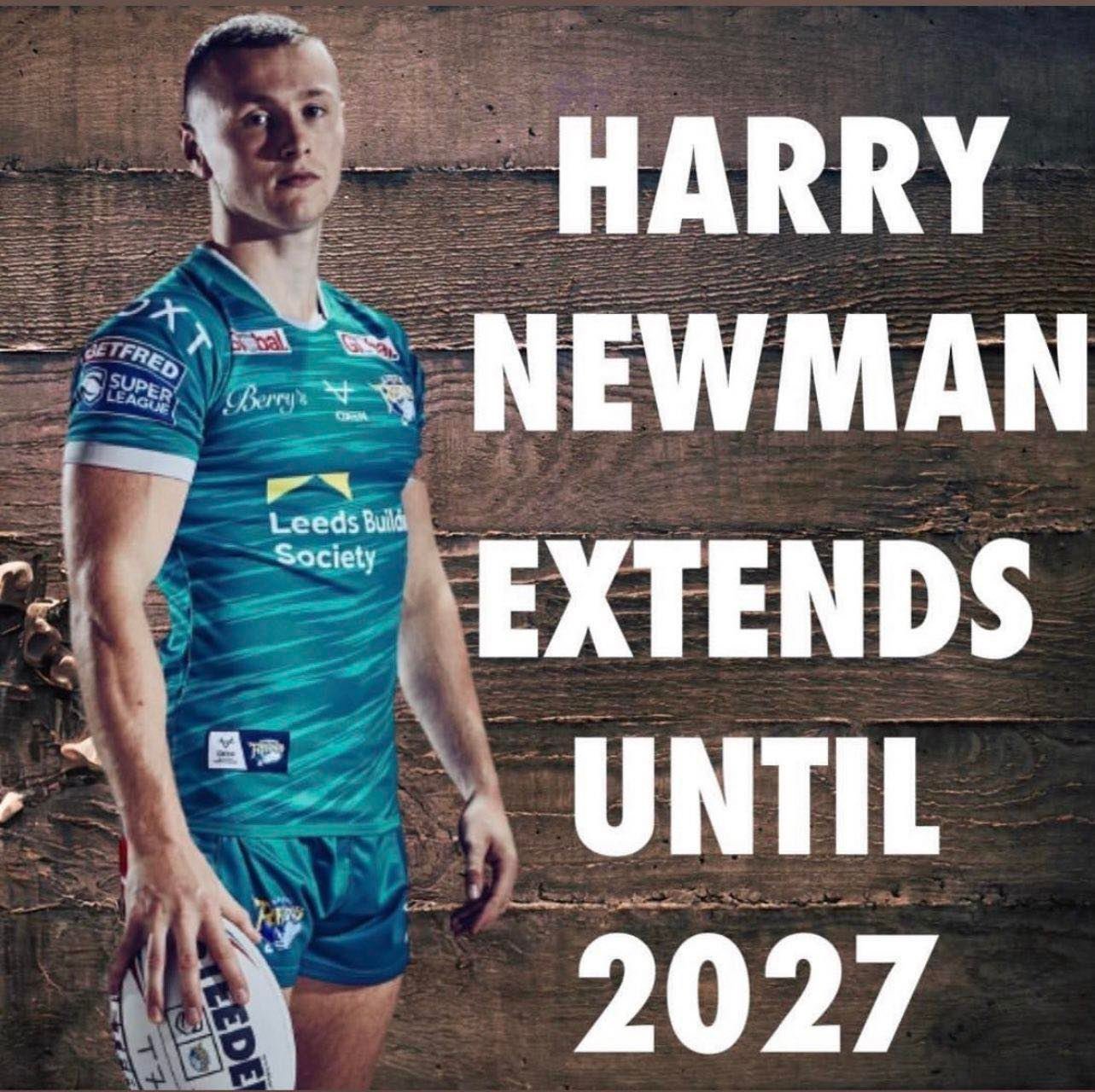 It was shared on Blake Austin’s Instagram story but it’s original source was James Moore Media.

They are a social media management service that specialise in rugby league and the like providing content for athletes across these sports including Newman.

Newman has agreed to stay on with the company until 2027.

On this, they said: “We are excited and delighted to announce that Harry Newman has agreed a new deal until 2027. Harry is one of the best and most exciting players in Super League. Harry who is a 22 year old centre, is currently playing rugby representing Leeds Rhinos & England Rugby League and thrilled to continue our work with him.”

So, Newman has signed a deal until 2027 but it is nothing to do with sport but rather with social media as Newman secures something off field as he hopes to get fit and show he is indeed world class on the field.