In the past 10 years there has been a visible effort to ensure player safety in Rugby League. We’ve seen the eradication of the spear tackle and we are currently seeing a real focus on the “crusher tackle” whereby pressure is applied to the back of the neck of the ball carrier in the act of the wrestle to the floor. Gareth Ellis of Hull FC and Wakefield Trinity’s Dean Hadley have both seen a yellow card for the latter of late.

In writing this article I’ve been lucky enough to speak with former front row forward Stuart Fielden about a similar issue and to gain an insight into the impacts of concussion in Rugby League. Stuart is a multi Grand Final and Challenge Cup winner and has represented his country at the top level on many occasions.

I wanted to see if the sport’s approach to concussion had progressed during Stuart’s time in the game. To do this I asked him about his experiences which were all prior to the now obligatory cognitive head tests. Stuart was notoriously knocked out in an off-the-ball incident courtesy of Australian power house Willie Mason. The single blow landed sweet on the chin of Fielden who instantly lost consciousness for a period of minutes. Quite shockingly Stuart continued for a further 37 minutes leading to half time, where he would be assessed by Doctor Chris Brookes. In this period he would continue to take numerous blows to the head in the act of making and taking tackles. Since the introduction of HIA’s in 2014 (head injury assessments) Stuart would have been taken off the field for an assessment, whereby he would have 15 minutes to pass a simple cognitive test that he would have also undertook at the beginning of the year. If they pass the test they are deemed to be fit to resume play. The reason they take the test at the start of the year is to give each player a base score. To pass the test they have to surpass or match this base score thereby demonstrating the brain has been unaffected by the impact. Failing the test now results in a six day lay-off from contact to allow the brain to recover from concussion symptoms.

Now I have no doubt that had this test been taken at the time, Stuart would have failed. However, in 2006 when the incident happened the Science available was limited in this area. In fact, had it not been for the intervention of Chris Brookes, he could unbelievable have played the full game in a concussed state. This could have been extremely damaging not just to his performance, but also to his general well-being and brain health. Modern research suggests this can be highly dangerous and lead to substantial brain injury as well as reduced effectiveness of the brains functions. The extent of the concussion was so severe that Stuart had to be told again that his mum had recently passed away. 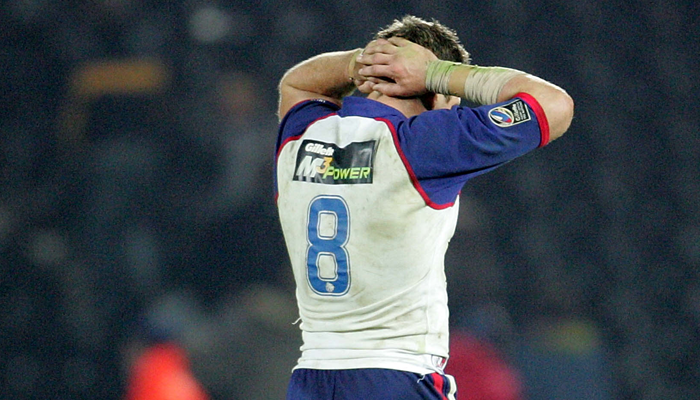 Whilst looking into concussion in Rugby League I came across a video which featured former Penrith Panthers front rower Nigel Plum. In 2014 he was knocked out three weeks on the run, the third one being a sickening clash at Canberra. In the interview his wife points out occasions in which he had left the keys in the ignition of the car and not locked the house before going to bed. Tasks which would be considered as simple and requiring minimal memory. The scariest situation however was that in this particular incident he had forgotten that his wife had recently given birth to their third child. To hear things like this is never nice. We pay money to watch these stars perform and put their bodies on the line. What we often forget is that whilst we are able to return to our families in the same condition we left, this isn’t always the case for the players. As a sport we need to prioritise the wellbeing of our players in every way we can. Thankfully the NRL and the RFL are front runners in ensuring our players remain as protected as possible in relation to head injuries as well as other situations. It is paramount that retiring players have nothing but fond memories of their playing careers and were remotely possible their playing career does not affect their lifestyle both during and after their playing days.

We can be very thankful that the RFL and NRL have recently implemented the mandatory head tests for all players and the protocols have been put in place to protect our players from extended damage due to concussion. Stuart also pointed out that even before the introduction of the HIA’s in 2014, the Wigan Warriors had implemented a cognitive head test as way of monitoring players.  This suggests that the clubs are taking their responsibility seriously which is very refreshing to hear. It is hopefully the end of an era which involved players retiring from the game in fear of concussion affecting their lives.