Scott Sattler’s tackle on Todd Byrne in the Grand Final.

But… one of the best things about our game, is that although we honour tradition & memories, the game evolves. The game changes. Whether by default (whichever side of the Super League fence you were on), or through development of the game itself. The 10 metre rule was brought in because the defence systems were so good that the game needed to be opened up. The unlimited tackle rule was changed to 6 tackles. etc etc etc.

So… it’s my opinion that the game needs to change one more thing. The once mighty scrum!

I well remember the good old days when the scrums were contested. Gavin Miller hacking at the ball. Steve Walters telling Ben Elias to take it easy on him in an Origin scrum because he had a test match that weekend. Even in recent seasons, when the scrums are a joke, the NZ Warriors pushing at a scrum, winning the opposition’s feed, and scoring a try off that play.

But, unfortunately, times HAVE changed, and so has the scrum. The scrum is now only just short of Aunty Mavis walking out with the tea trolley, some cups & scones. It’s a resting place for the big units, when everyone else is trying to speed the game up!

We either make the scrum’s a genuine contest again, where a hooker actually attempts to “hook” the ball, or drop it all together, and give the ball to the opposition for a zero tackle play the ball. 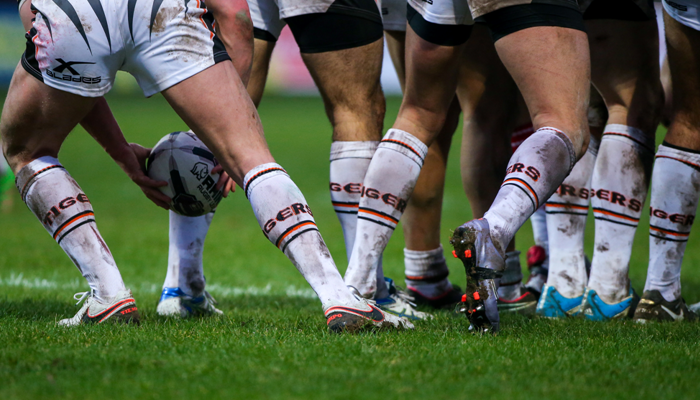 Making the scrum’s contestable is the preferred action, and it wouldn’t be THAT hard to implement. The hardest part would be teaching the half-back to feed the ball in the middle of the scrum. Teaching a hooker to hook would be easy, but it actually is a skill, to position yourself in the scrum and strike at the ball before the opposition does. It was cool to see hookers taunting each other and kicking the daylights out of each other, apparently trying to gain position. One of my fondest memories, is when Clayton Friend fed a scrum in a test match against Great Britain, but the ball was forgotten because the hookers were in a tussle. Clayton dived into the middle of the scrum, came out the other side, and ran to score untouched!

On the other hand, I don’t want to see the game become all about the scrum, and make it as boring as Rugby Union, with the constant resetting of scrums. Everyone bind, scrums together, feed the ball, now feed the backs…

Alternatively, just hand the ball over, and let the opposition have possession. This could then see us change from a specialised “dummy half”, to another big bopper on the field, and make the halves become the dummy half and playmakers. With limited interchange, this makes the coaches substitutes game more of a science too.

Let’s change the scrum rule before everyone closes their eyelids.