Warrington made it to the Challenge Cup semi-finals for the fourth year in a row as they gained revenge for the Challenge Cup Final defeat at the hands of Catalans in 2018. The two served up a brutal and tight affair that summed up knock out rugby with the Wolves claiming the spoils.

There were some real concerns when Stefan Ratchford pulled out of the Warrington team in the warm-up. But when you have Blake Austin who can step up and take over it’s not so bad. This was a very different looking Wolves side than the one you might have expected to see at the start of the season but it points to the amazing squad depth they have with the likes of Jake Mamo and even young Josh Thewlis performing really well. Since 2008 the Wolves have only failed to make it to the semi-finals of the cup twice in 2011 and 2017. The Wire seem to love the competition and I think they’ll be tough to beat in the semi-finals.

2. Something missing for the Dragons

Catalans started the season brilliantly but have now lost twice to the Wolves – a side likely to challenge them for a play-off spot. Right now there seems to be something missing from Catalans’ star-studded squad and it’s Steve McNamara’s job to find out what and rectify it. If he can, the Dragons could be a real contender for Super League success now a second Challenge Cup trophy has alluded them.

3. Defence the order of the day

To win trophies you have to be able to defend and Warrington more than showed that today with a stern showing coming up against a number of stars in the Catalans team. It is that rock solid defence that could take the Wire to the final. However, the Dragons should also be commended for hanging in the game in the first half thanks to their defensive efforts too. 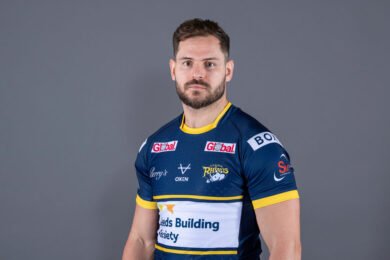