As two of the top four met, we all knew it would be a tight and entertaining contest and it certainly was in France today as Catalans edged the Giants to take third spot in the table.

The game was level three times and both sides led on two occasions each during a thrilling contest that will no doubt have hurt the injury ravaged Giants today.

McQueen the attacking weapon
There is perhaps no more dangerous second-row in Super League at the moment. The league’s leading try scorer in terms of forwards got another early in the game and then created a lovely try for Danny Levi when the Giants needed it most.

Jullien shows his attacking potential
It was a Catalans backrower who came up with a superb try for the home side too as second-rows seemed to dominate proceedings. Benjamin Jullien showed good pace to go through a gap and score in the corner at the start of the second half.

Tomkins the key
Sam Tomkins almost won the game on his own. After his penalty drew the Dragons level, his tackle on Theo Fages gave Catalans the perfect shot at a drop goal which he nailed to give the French side the win.

A contest between third and fourth in the table is always going to be closely fought and tight from start to finish and today’s game between Catalans and Huddersfield certainly fit that bill.

It was the Giants who opened the scoring fairly early on a Chris McQueen – Super League’s best try scoring forward – poached another try from a Catalans error.

Shortly after that, his backrow partner Josh Jones nearly doubled the Giants’ lead but was denied by some superb Catalans defence.

The Giants had led for much of the half but eventually the Dragons pulled level when stand-in winger Arthur Romano capitalised on good work from Dean Whare to go in at the corner and make it 4-4 at the break.

The Dragons had scored just before halftime and would score just after too through backrow Benjamin Jullien. 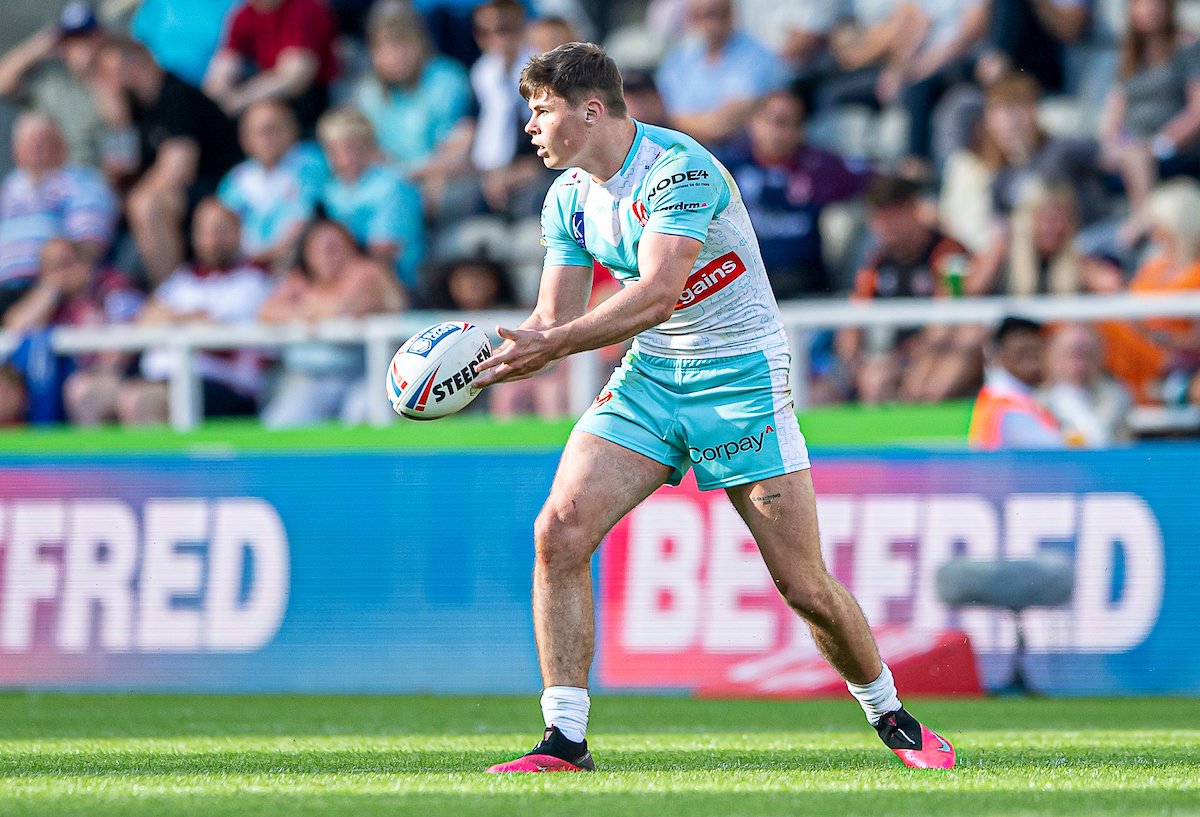 He popped through a gap after good work from the Dragons halves in midfield and had the pace to get to the corner despite the chase from McQueen. The conversion gave Catalans a 10-4 lead.

Outfoxed for that try, McQueen would get his own back as he surged up the middle from a drop off before feeding Danny Levi to score the leveller.

All square again, Huddersfield were struck by a blow when Olly Russell left the field with an arm injury but despite that the Giants would take the lead again through a Will Pryce penalty with 10 minutes to go.

With just two points in it, Catalans looked to throw the kitchen sink at the Giants to find a winner and thought they’d scored but were denied by a superb Sam Hewitt tackle.

Though the four points had alluded the Dragons, the two would be on offer shortly after as Sam Tomkins kicked the goal to level matters again a third time.

Now in pole position, again the Giants would need outstanding cover defence to stop the Dragons this time Ash Golding stepping up to stop Joe Chan.

The Dragons would then miss another chance to go in front when Mitchell Pearce’s drop goal attempt rattled the post but another chance would come their way when a big tackle from Sam Tomkins on Theo Fages forced the ball loose. Shortly after that Tomkins nailed the drop goal that nudged the Dragons back in front.