Nathan Massey has made nearly 300 appearances for the Castleford Tigers and three of them have come in major finals.

Massey has had the privilege of playing at Wembley twice in 2014 and 2021 as the Tigers came up short against Leeds Rhinos and then against St Helens.

In 2017, the Tigers lost the Grand Final to Leeds Rhinos 24-6 having finished top of the league on 50 points, 10 clear of Brian McDermott’s side.

Massey would likely give anything to celebrate a major final win in 2023, but there will be something to celebrate when he takes to the field on the 5th February next year at the Jungle to take on Huddersfield Giants in his well deserved testimonial.

Now the kit for the game has been revealed.

As with many testimonials, such as Reece Lyne’s deserved testimonial at Wakefield Trinity as the ex-Hull FC man’s career is celebrated as Massey’s will be at the Jungle, a special one off jersey has been released for Massey’s big day.

A black base, a smart look is complete with an orange top of the shirt cut in half by a white vee: 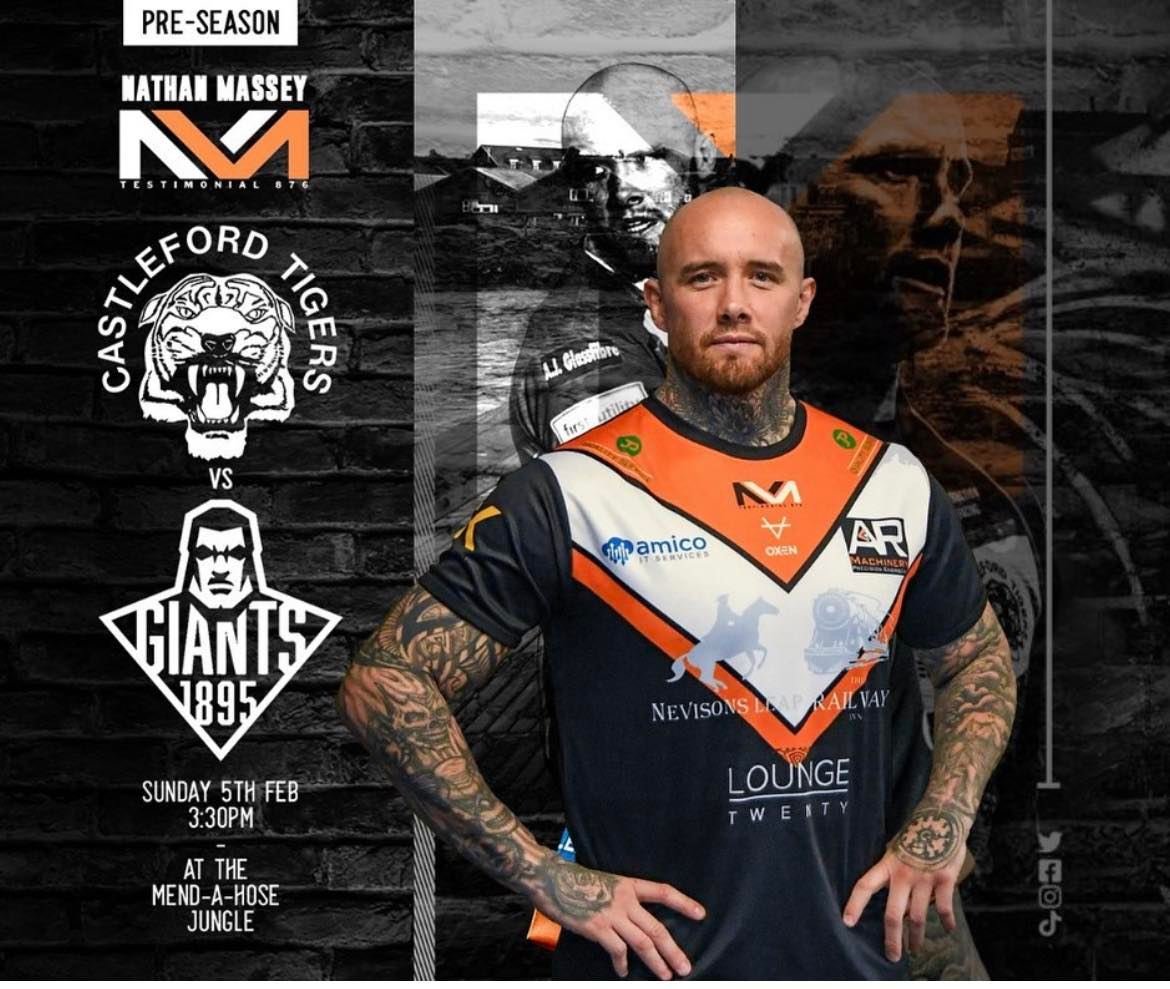 The game itself will kick off at 15:30 as they prepare for their season opener against Hull FC.