Castleford Tigers have revealed their new away kit for the 2023 Super League season.

The design is predominantly white, but features the club’s traditional colour along with navy blue in a V design on the upper quarter of the jersey.

Designed by Oxen Sports, the new kit is likely to go down well with the Tigers faithful.

A 𝗰𝗹𝗲𝗮𝗻 Cas look for the road 👌

The Fords and @oxensportsuk are proud to reveal the shirt we will be wearing away for the 2023 season!

Lee Radford’s side endured a tough end to their 2022 campaign, dropping out of the play-off places in the final few weeks.

The Tigers did have a final chance to make the competition’s top six on the final day of the regular season, but they lost a play-off shootout against arch-rivals Leeds Rhinos at Headingley Stadium.

Castleford fans will hope 2023 can bring them greater luck with a number of new star signings, including the likes of Jacob Miller and former England international Gareth Widdop.

Radford’s men open up their season with a trip to the MKM Stadium to take on Tony Smith’s Hull FC on Sunday 19 February. 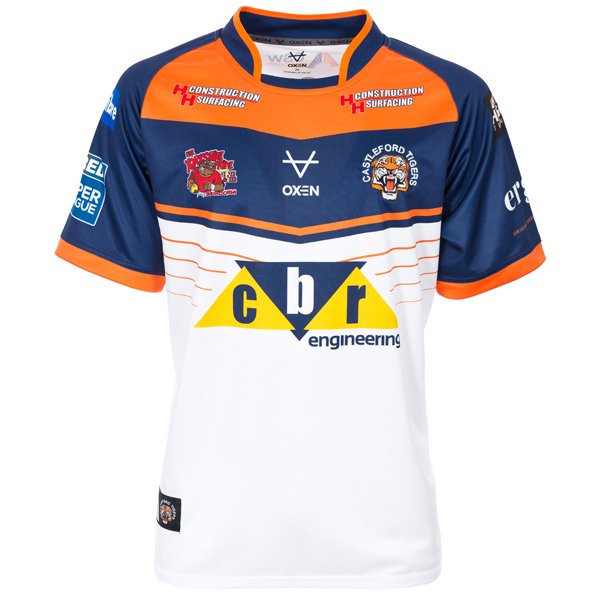