A Castleford Tigers star has been left in a neck brace with what is presumably a precautionary measure following the club’s narrow loss to Salford Red Devils on Friday night.

The Tigers went down 26-16, with only Marc Sneyd’s boot proving the difference in front of a packed-out Jungle.

However, for one Castleford man, the result looks a whole lot worse as Danny Richardson has been pictured in a neck brace on his Instagram profile. 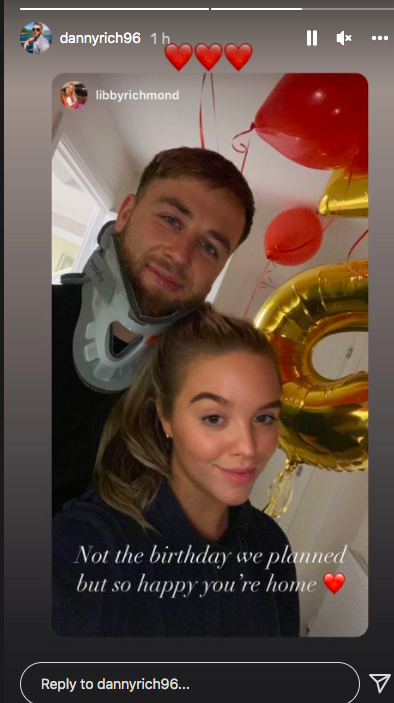 The caption, from his partner, read: “Not the birthday we planned but so happy you’re home,” with the evidence showing Richardson with the brace.

Castleford’s start to the new era couldn’t have gone much worse in round one, but Lee Radford will be meeting former Tigers boss Daryl Powell on Thursday night for the first time in their respective coaching positions.

Powell will have to make do without talisman Daryl Clark due to concussion protocols as well as the banned Oliver Holmes but he should be able to welcome back Toby King for his first outing of the season.