For Castleford star Oliver Holmes, social media has been a bit of a brutal place recently.

The second-rower was brutally trolled by a Wakefield fan last weekend after the Tigers overcame their local rivals 23-18 and, after beating Hull FC 23-12, Holmes was once more the target of uncalled for abuse.

The 29-year-old has represented Castleford all of his career, but will be moving to Warrington alongside Daryl Powell ahead of the 2022 season.

However, it seems he has a number of enemies on Instagram that like to exchange kind words with him.

Holmes responded in funny fashion to the insult “ya inbread c**t”, with the statement: “It’s spelt inbred, never mind though pal.”

In the modern era where players are able to be contacted at the touch of the button, such abuse is becoming more commonplace and more needs to be done from social media sites to stem that tide.

Whilst Holmes has been able to laugh off such comments, others may well respond differently. 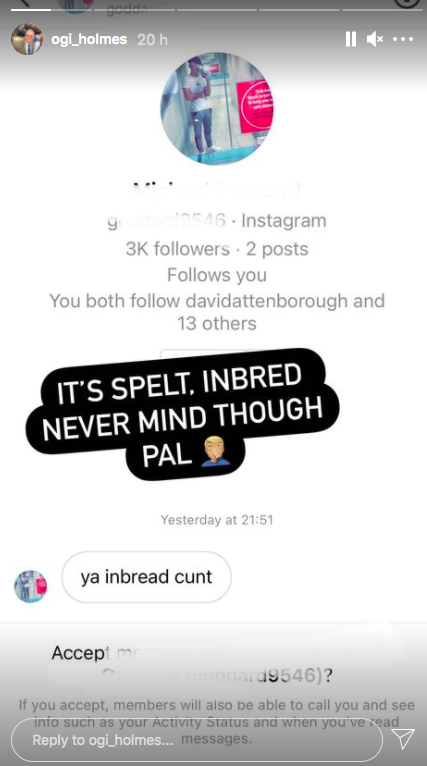