Castleford won the League Leaders’ Shield in terrific style as they produced a fine performance to defeat a gritty Wakefield side 45-20 at the Mend-A-Hose Jungle.

Jake Webster scored four tries in the victory but it was Ben Roberts who stood out as the stand-off was involved in nearly every Tigers score on an emotional night.

There were scenes of celebration at full-time as Castleford secured top spot for the first time in their 91-year history to the delight of their loyal fan base.

Despite the final scoreline, Daryl Powell’s side were made to work for the win and only pulled away in the final quarter, but they again showed why they have been the stand-out team of 2017.

It was unsurprisingly a fiery start and the Tigers had to withstand some more pressure before they pounced for the first four-pointer.

As the clock hit the ten-minute mark and off the back of a penalty, Grant Millington and Ben Roberts combined to set up Zak Hardaker for the opening try from close range.

Gale made no mistake with the conversion to give Cas a 6-2 lead early on and settle some of the nerves they showed in the opening minutes of the game.

However, Trinity came back as they forced a mistake from the targeted Greg Minikin which allowed them a full set inside their opponents 20 – and they took full advantage.

Quick hands on the right edge from Jacob Miller and Reece Lyne put Ben Jones-Bishop over in the corner; Finn was unable to add the extras leaving the sides level.

It was and end-to-end contest and Mike McMeeken restored the Tigers lead inside the first quarter as he showed great strength to reach out and score.

The try was given on review by the video referee and Gale added his second goal of the game to put the hosts 12-6 in front after an eventful first 20 minutes. 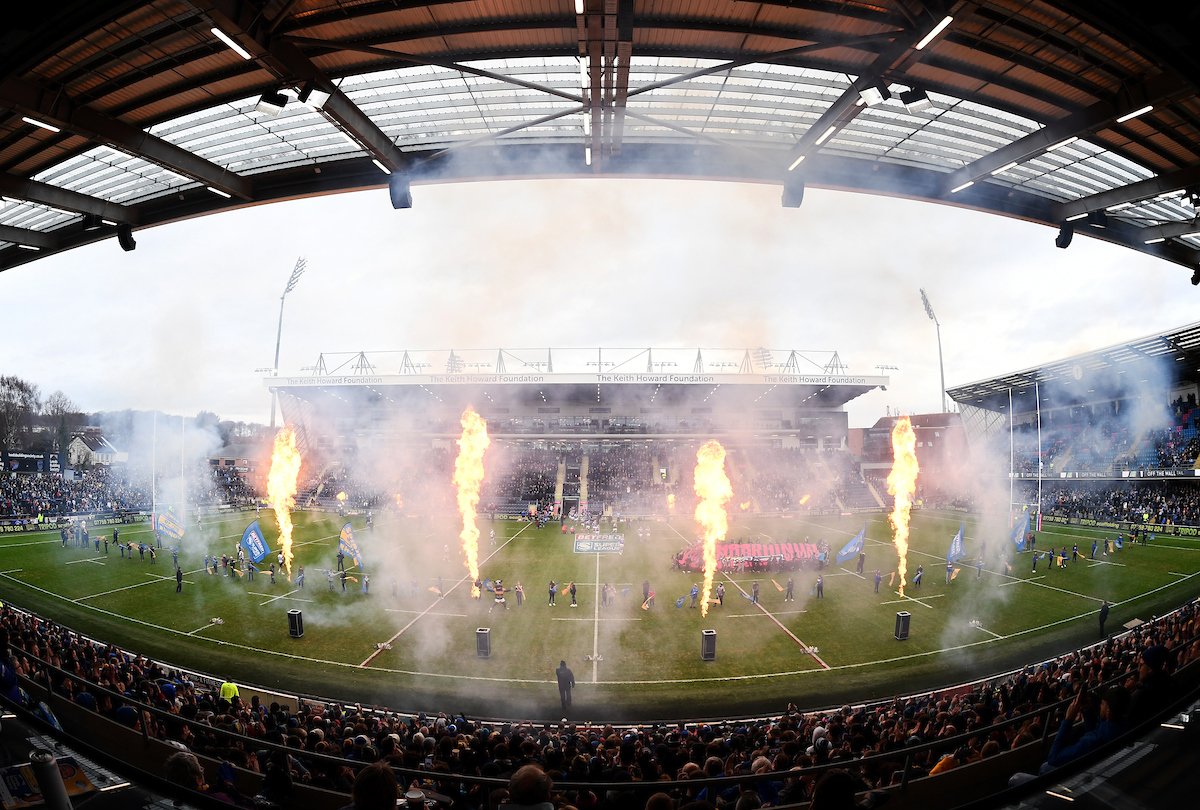 There was a ten-minute wait for the next try but it was worth it, Hardaker making a devastating break down the right before producing a sublime offload for Webster to extend the lead.

But just as it looked like Cas would go into the break with breathing space, Mason Caton-Brown put his head down and burrowed his way over from close range for his sides second try.

Finn was unable to add the conversion and Daryl Powell’s side held a 18-10 advantage at half-time.

The second half started at the same relentless pace and it was the visitors who scored first as captain Danny Kirmond took a short pass from Finn to reduce the deficit to two.

Once again Castleford hit back and it was one to remember as after deciding to run a penalty, Gale threw a perfectly weighted pass for Greg Eden to score his 35th try of the season.

As they have done all season the Tigers went in for back-to-back tries as Bill Tupou could only knock a pass down into the path of Webster, the centre grabbing his second of the game from five metres out.

Gale knocked over the conversion from the touchline to put them 28-16 ahead going into the final quarter.

It was a night to remember for Cas and in particular Webster as he went in for his hat-trick minutes later after a delicious short ball from Roberts.

Again Gale converted and a minute later the playmaker slotted over a drop-goal to seal the win, the one-pointer putting them 35-16 in front going into the final 15 minutes.

As if the night couldn’t get any better, Webster went in for his fourth try as McMeeken took a short pass from Roberts, who in turn found the former New Zealand international centre for another.

Impressive Wakefield full-back Max Jowitt went in for a consolation in the final moments as he took a fine offload from Tupou, but it was too little too late.

And fittingly the Tigers had the last laugh as Hardaker went over after Roberts made yet another break to score under the posts. Gale converted to make the final score 45-20.