Castleford Tigers have confirmed that Oliver Holmes and Peter Mata’utia will be leaving the club at the end of the 2021 season.

Both Holmes and Mata’utia were made offers to extend their contracts with the club but will be looking to end their time with the Tigers on a high note before embarking on new challenges in 2022.

Oliver Holmes is a proud product of the Tigers Academy system and made his top-flight debut at 17 years of age back in 2010. Since then, he has gone on to feature in twelve Super League seasons and make over 200 appearances in the Cas colours, as well as gain an England senior cap and feature for the England Knights. Often described as one of the leaders in Daryl Powell’s squad, Holmes discussed the news and said:

“Castleford Tigers has been my entire adult life. It is all I have ever known since I left school and came through the Academy. All my life has been based around Cas, so to say that the club means a lot to me is a bit of an understatement.

“I’ve spent eleven years in the First Team, putting my heart and soul into the club every time I go on the field. I am fully committed for the rest of this year, and I want to leave the club with it in a better place than when I entered and hopefully with some silverware.”

In the post-match celebrations on Saturday evening, Holmes was seen in tears on the pitch hugging his fellow teammates who together booked Castleford’s trip to Wembley for the Challenge Cup Final on Saturday, July 17th.

“It was a massive day for me and the club,” commented Holmes.

“It was an emotional week leading up to it and I think it showed in the performance and after the game how much it meant to the team. I have played in the Challenge Cup Final in 2014 and at the time I thought I would have loads of chances to do it again, but it’s taken seven years to get back there. It is emotional and something I’m really proud of, but we still have one more game to go.

“Finishing on a high would be the best send off and to be able to do that would mean a lot to people, especially myself.”

Peter Mata’utia joined the Tigers in July 2018, midway through that season from Leigh Centurions, and has gone on to become a beloved player for Castleford, not only for his performances on the field but by firmly embedding himself in the local community off the pitch too.

Mata’utia placed on record his thanks to the Club and said: “I’ve had a blast. This has probably been the best time I’ve had in my career being here at Cas. It has made me love the game again and it gave me a different perspective of playing it for fun too.

“The first year I came here was probably one of the toughest times of my life and all those players who have been here since 2018 hold a special place in my heart. I’ve enjoyed every day been here at Cas and I’m pretty gutted to leave.”

Mata’utia like Holmes will be giving his all to finish this period of his career in 2021 on a high note, and a step towards doing just that was taken on Saturday in the Challenge Cup semi-final.

“Every day you’re not just representing your family but the boys out there as well and the community. As a rugby league player, the worst thing you want to do is to let your own teammates down and that is not what I’m all about. Until that last whistle goes here at Cas, the boys will only receive the best of me, whether that is just at training or on game day. I’ll be leaving nothing behind, and I’ll give it my all. 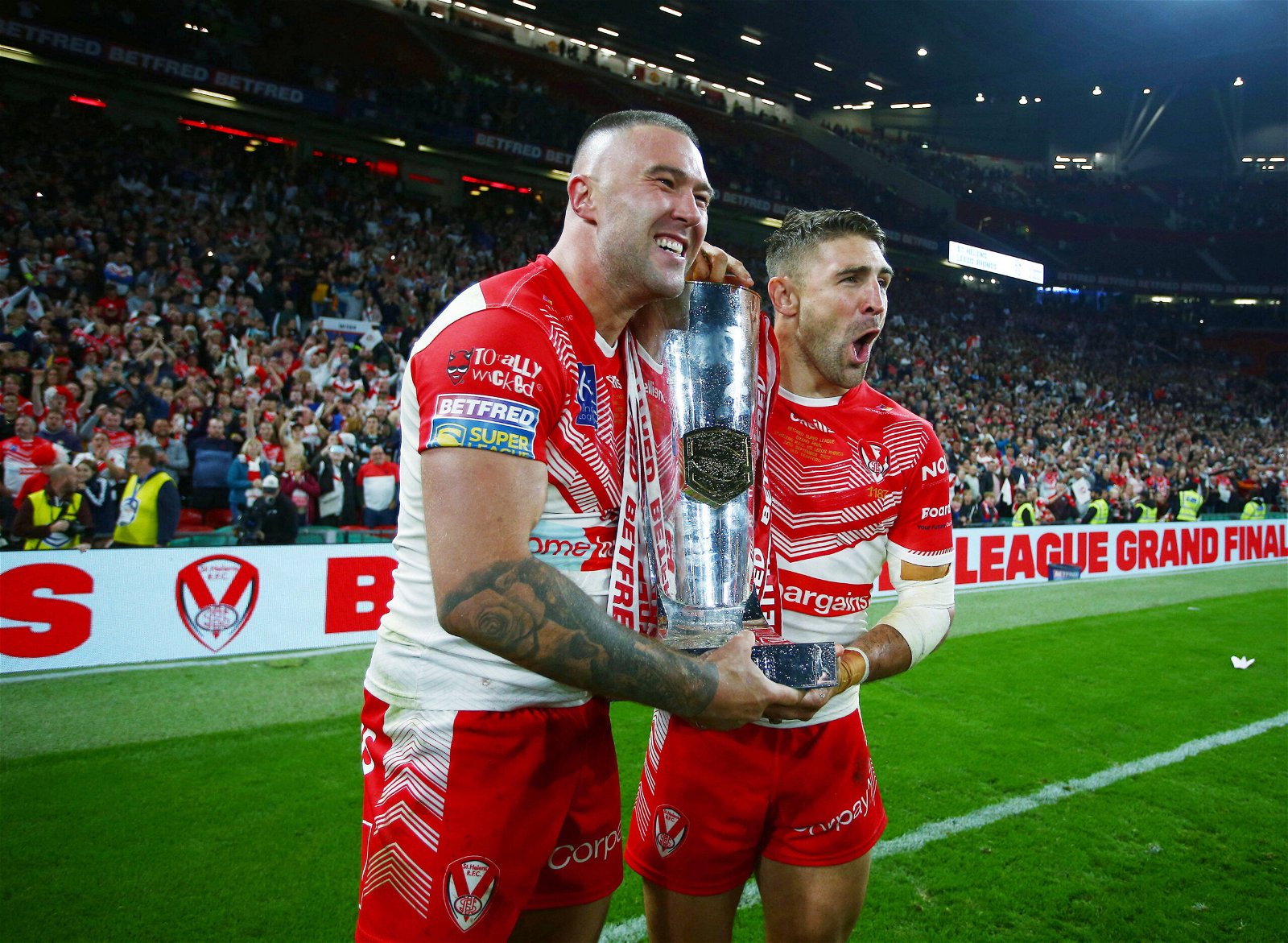 “The boys from the very first day I came here like Shenny (Michael Shenton), Millo (Grant Millington), Mass (Nathan Massey), Adz (Adam Milner), Oggy (Oliver Holmes) and Macca (Paul McShane), they all deserve to go to Wembley. They deserve to win that as well and deserve everything that we want to achieve this year. I want to give it my all and I don’t want to let them blokes down. That is why it means a lot to me.

“I’ve said from the very first day of lockdown, that this local community deserves a trophy, that sort of success and happiness from what they’ve all been through. We don’t do pre-season just to fill in the numbers, we don’t put ourselves through all of that pain and effort just to start the season filling numbers. We do try to win stuff and that is the goal this year is to win as many trophies as we can and as I said, I won’t leave without giving it my all.”

Head coach Daryl Powell, who will also be embarking on a new challenge in 2022, expects nothing less than 100% commitment from both Holmes and Mata’utia for the remainder of the 2021 season and said; “I don’t think you will see anyone who loves Castleford Tigers anymore than Oliver Holmes, he was in tears talking about what it would mean to him to do something special with this year, and it was exactly the same when he was on the field after the semi-final.

“He is a 100% man and has been class for Castleford during his time, and you will always get 100% from him no matter what.

“Peter has been fantastic as a player, as a person and a leader, he has given everything in and out of the Club within the community with food banks and other charitable causes. He has shown what he stands for as a man and he will be fully committed to making sure we achieve what we want to this season.”