The Red Devils announced the news via their Twitter page today but a reason has yet to be given why he will wear the random squad number.

“My bags have been packed since I came into contact with the club,” Carney said.

“It took a little longer than we thought for my visa but I’m definitely excited and looking forward to playing with some old players from the NRL. Hopefully I can add a new dimension to the team.”

The former New South Wales half-back will have to work hard to get into a strong Salford team with Robert Lui and Michael Dobson in the halves.

“It’s going to take time for me to fit in and find a place in the team,” Carney admitted.

“I’m looking forward to that challenge. I’ll hopefully bring some much-needed experience into the team along with some flair and organisation in attack.

“The aim is to win the comp, but Super League is a challenge so hopefully we can be towards those top four, top eight places. My body feels good and I’m ready to move forward and put on that Red Devils jersey. 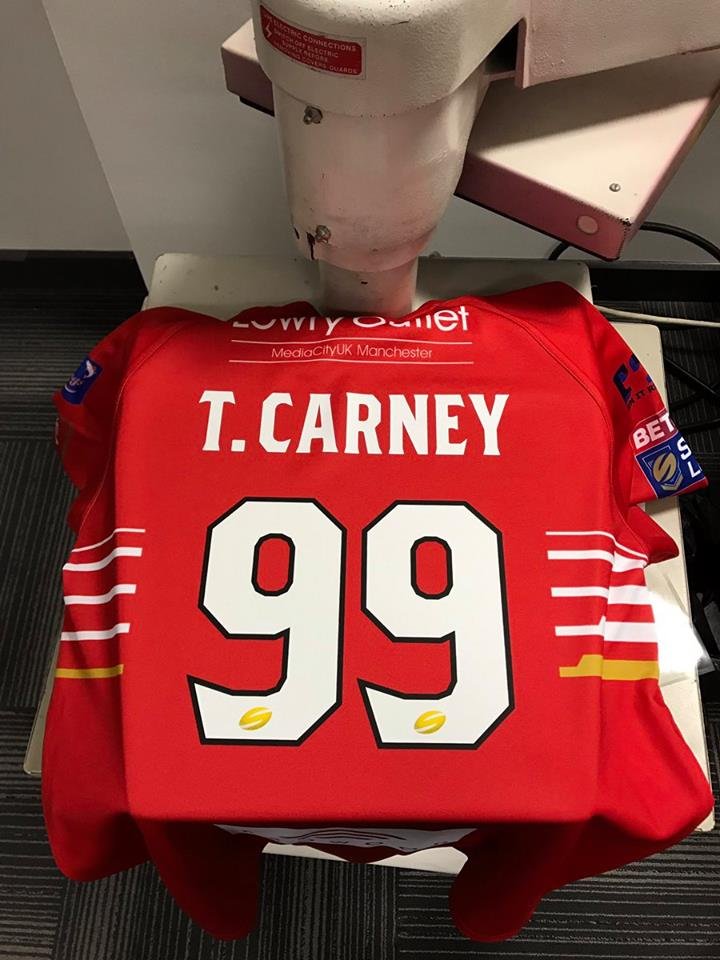