Odsal Stadium is responsible for the largest ever crowd in rugby league history.

Over 120,000 fans once flocked to the iconic venue to witness Warrington Wolves take on Halifax in a Challenge Cup Final replay back in 1952.

Since then, Odsal has been renowned for generating a great atmosphere on match days – particularly when the advent of Super League came along in 1996 and the Bullmania days.

However, following Bradford’s on-field and off-field demise, Odsal seemingly declined with it, though recent work by the club has attempted to get it back up to standards in terms of pitch size requirement.

YorStox, the stock car racing developer at the Odsal stadium, have also installed concrete ‘mats’ around the edge of the venue in order to preserve the track.

Unfortunately, the surface doesn’t appear to be the safest if a rugby league player for some reason makes their way off the pitch and onto the track.

Work continues at Bradford with the YorStox team improving the pitch protection for the 2022 season. We are sure that this will be a great improvement for the incoming season.

Check out all of the YorStox events at Bradford and Sheffield by clicking here https://t.co/LGO4opfJkl pic.twitter.com/0AzV3ZQRVD

That being said, those concrete mats were removed for Bradford’s home game against Batley Bulldogs yesterday afternoon – and what was replaced looked like this: 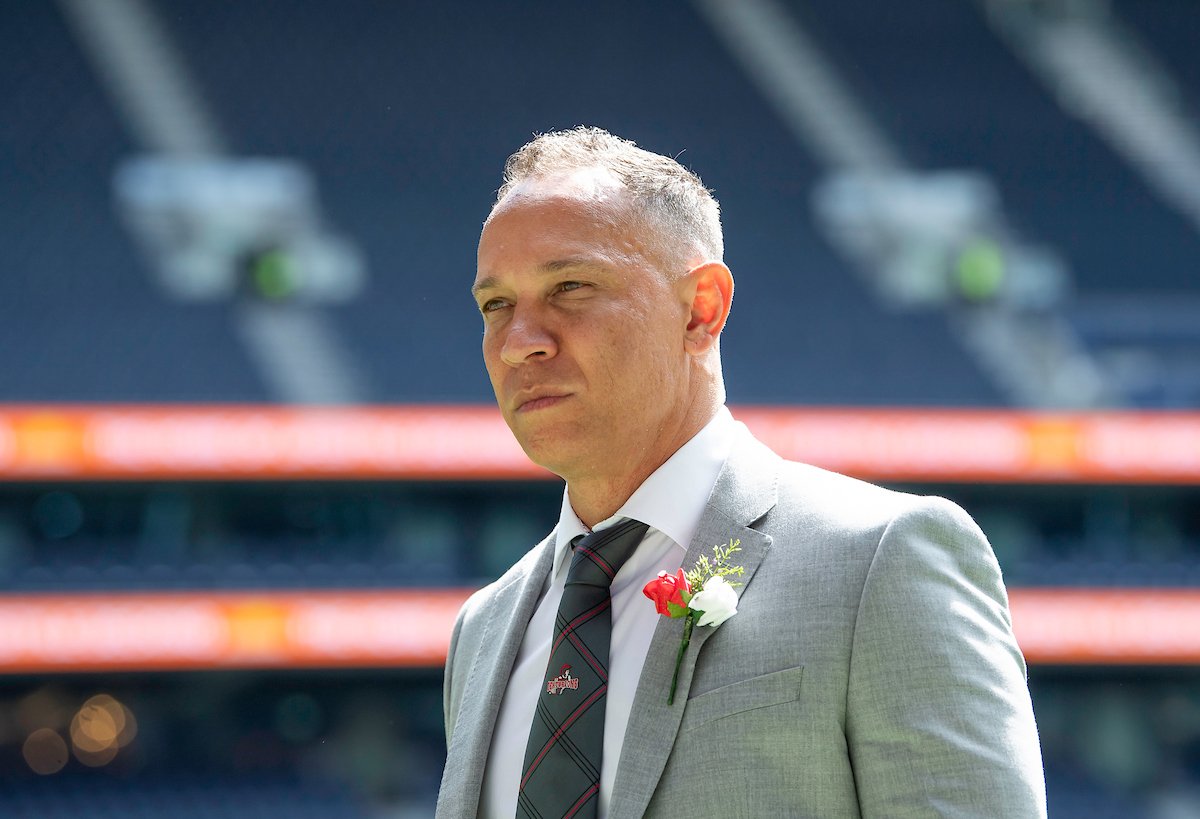 The Bulls eventually ran out 21-20 winners over Batley, but the photo above does really leave a lot to be desired as John Kear attempts to inspire his Bradford side to promotion in 2022.

The ground is an eyesore, suitable for landfill NOT professional sport, why don’t they share with the football club

I do have a clue, no need for personal insults

It’s been a dump in all the time I’ve watched rugby, years ago it was also dangerous to standing spectators, that’s resolved I know, work in progress, be a long job and for what?

In what way is it dangerous for standing spectators?😂 Plenty of fire exits in result of an emergency, Hardly a dump when all the landscaping and everything was gone over and money pumped into it. You’re just one of those people who likes to have a moan at anything even if someone does something good