The wily hooker has gone on to register 76 appearances along with 20 tries after coming through the Warrington ranks to debut in 2012.

88 appearances later and Dwyer found himself on the periphery at the Halliwell Jones, but a move to Leeds has reignited his career.

And, after what he stated: “Finally back home after being a traveller for the last 7 weeks. Ready to get stuck into the extension and pre-season.” 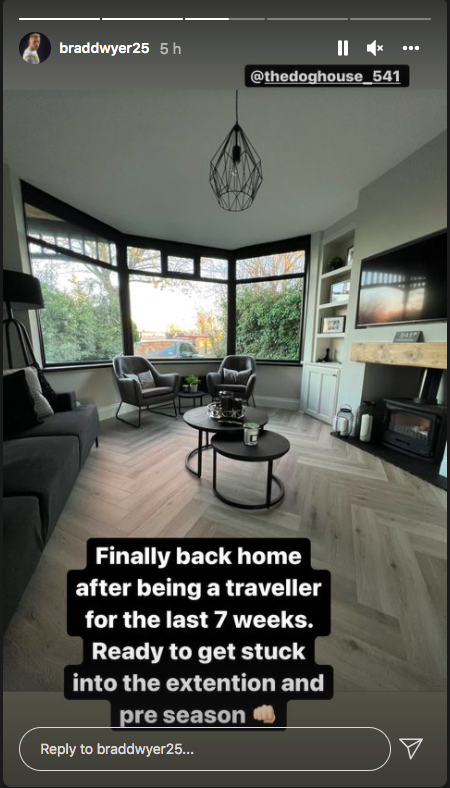 Being a workhorse on and off the field, Dwyer is making a number of changes to his own home, whilst also looking to get back into action with the Rhinos ahead of the 2022 Super League season.

That Instagram story was followed up by a profile post: “if you’re excited it for 2022 🏉 it all starts again tomorrow with pre-season 🏃🏼‍♂️ can’t wait to rip in with the boys.”

Dwyer excelled in 2021 alongside fellow hooker Kruise Leeming, with the latter often having to move into the halves and Dwyer having to play the full 80 minutes.

The hooker is, however, out of contract at the end of 2022 with Leeds expected to enter talks.