Bevan French has returned to Wigan Warriors following an extended period in Australia.

There had been question marks over when the livewire fullback would return to the club after contracting Covid-19 – which had initially stopped him boarding a flight back to the UK.

But, French took to social media earlier on tonight, detailing that he was back in Wigan at the Warriors’ training ground at Robin Park Leisure Centre. 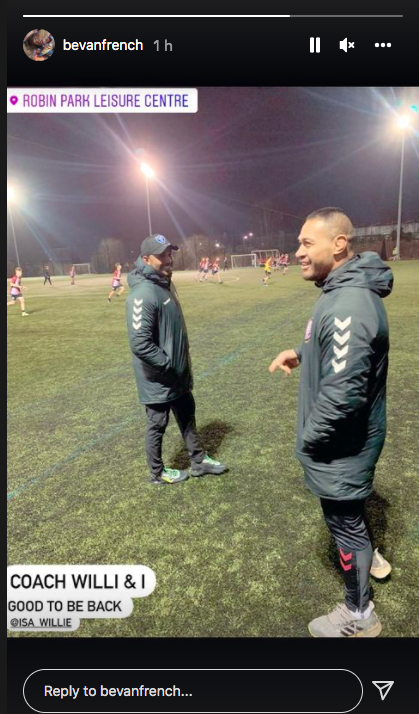 It will be music to Wigan fans’ ears after French suffered a season-ending hamstring injury last year and subsequently returned home to Australia in June to undergo his rehabilitation whilst looking after his mum, who was battling a long illness.

Wigan recently put out an incredibly emotional tribute to French’s mother with the former Parramatta Eels star now back in Manchester.

French wrote: “Good to be back,” on his Instagram story, but head coach Matty Peet will have a few selection headaches to contend with.

Jai Field has been in tremendous form since starting in the number one position in round one and round two, whilst Zak Hardaker has been starting on the wing.

French may well be an impact player off the bench, but Field may well get the nod due to his form.