What a turn around that was as Wakefield Trinity returned to winning ways in superb fashion by dismantling Hull FC at the KCOM stadium and they have Chris Chester mainly to thank!

Suffering a huge blow last week in horrific weather conditions against Hull Kingston Rovers, Wakefield stunned their arch-rivals with a dominant performance, something not many saw coming.

FC were one of the form teams of the competition but Trinity ignored such facts and sent a message to the rest of Super League that they mean business!

A tough one but at full-back is England international Stefan Ratchford.

The 30-year-old not only bagged a try but managed five tackle busts, three clean breaks and 120 metres from 16 carries.

He worked overtime to keep the struggling champions at bay as it was first blood to “Wire” in the newly christened “bad blood” rivalry.

On the wings are St Helens’ Regan Grace and London’s Kieran Dixon.

Welsh international Grace was superb in the Saints’ away thumping of Huddersfield; He dealt with much pressure all night under the high bomb before producing explosive attacks that continuously buoyed his side.

Scoring a try, five tackle busts, two clean breaks and 108 metres from 13 carries helped the Saints see off Huddersfield’s resistance as the Saints remained top of the table.

As for Dixon, he too worked hard as London made history by securing their first away win in Super League in six years.

The flyer tallied 100 metres with ball in hand, four tackle busts and slotted over another three goals that ultimately proved to be the difference between victory and defeat.

An extremely difficult choice but barely edging it were Catalan’s Samisoni Langi and Wakefield’s Bill Tupou.

Both centres featured as Man of the Match in their respective away wins over both Hull clubs and fully deserved such accolades.

Langi managed two superb try assists as well as eight tackle busts and 165 metres from 19 carries that stunned the KR crowd in a miraculous fightback.

Tupou tore apart the Airlie Birds, adding Carlos Tuimavave to his list of victims. He bagged a brace of tries, six tackle busts, three clean breaks and 121 metres from 13 carries.

Superb stuff in what is proving to be a fantastic season thus far for either player!

First up at half-back is St Helens’ Jonny Lomax.

Another England international who is proving his worth as Lomax helped steer the Saints to their sixth win from as many games.

Not only did he score a try and provide an assist but four busts, 90 metres from 12 carries and even 21 tackles helped the Saints pull away to a comprehensive win from what looked to be a tight contest.

He may have lost but once again, another fantastic individual performance befell Salford’s Jackson Hastings.

Hastings is certainly enjoying life in the Betfred Super League and no doubt more to follow as he and Salford look good for survival and maybe more.

He’s finally in! Wakefield’s David Fifita and he is joined by another England international Alex Walmsley.

Another tough selection; however, Fifita’s spot highlighted his tremendous work in the win over Hull.

He really got stuck in and arguably intimidated their pack; with 162 metres from 19 carries, 10 tackle busts and 27 tackles, Fifita was sensational, demonstrating that he is still one of the competition’s best forwards.

As is Walmsley, who regains his spot in the team as well as his top form after his horrific injury last season.

Walmsley too managed 162 metres from 19 carries as well as three tackle busts in helping the Saints tire out Huddersfield at the John Smith’s stadium and maintain his side’s 100% record.

At hooker is former Man of Steel Daryl Clark. The 25-year-old ran Wigan ragged as Warrington kept up their challenge for silverware with a hard-fought win.

Clark assisted a try, completed 30 tackles that restricted Wigan’s attack, eight tackle busts but his key role was his 166 metres from 20 carries.

He remained heavily involved throughout and led by example in the pack, something every team desires from an efficient hooker. 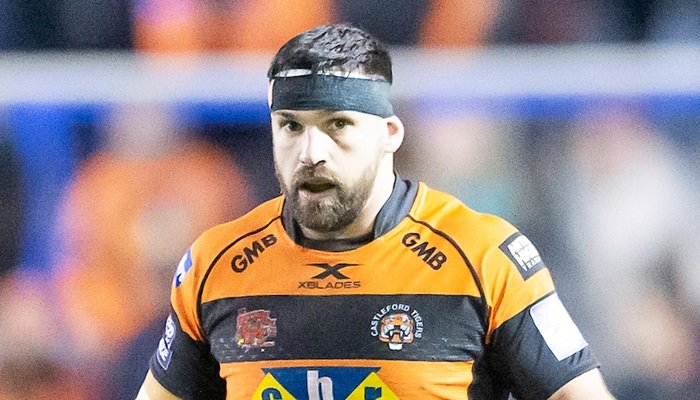 Another tough choice but edging the back-row selection is Wakefield’s Matty Ashurst and Castleford’s Matt Cook.

Ashurst provided an assist as well as put in 34 tackles as Trinity stunned Hull, especially in a dominant second half that saw Hull fail to breach Trinity’s line.

Cook meanwhile, came off the bench and tallied the highest amount of metres for his side with 125 in their narrow win over Salford.

It might not be pretty but another two points gained for Castleford as they maintained their race for the title.

Wait? Another loser? Weller Hauraki was a stand-off loose-forward over the weekend in Hull KR’s close encounter with Catalan Dragons.

He was eager to get stuck in and was a leading figure for the Robins and maybe next time might guide them back to winning ways.