“We only need 12 men” is the chant that should have echoed this weekend as round 25 produced even more unbelievable action in the race towards the play-offs and survival.

Seems as though the powers that be made the correct choice of reverting to this previous structure, despite it being entitled “new beginnings”.

As the tension increases, another set of players stood out from the rest yet again, check out who made this edition of team of the week.

Retaining his spot from last week is ‘infamous’ coach Richard Agar of the Leeds Rhinos.

Agar’s past record does not do him any favours but this weekend for Leeds saw his side record their second consecutive victory of 40+ points, this time over play-off contenders Catalans Dragons.

It was easily the best win for any club over the weekend; following Brad Singleton’s dismissal seemed to have galvanised his players as they scored a further 32 points without response to run away easy winners, with survival looking more and more likely.

Fantastic stuff from the Rhinos and they have Agar to thank and be grateful for as the patience seems to have paid off for the previous champions. 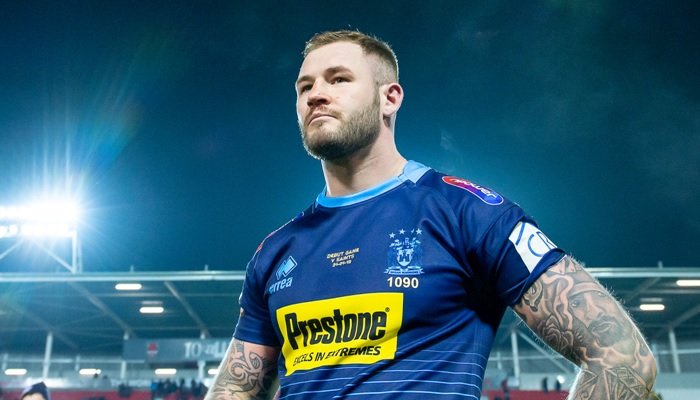 Speaking of infamy, who more so than Wigan’s Zak Hardaker?!

Love him or loathe him, Hardaker enjoyed another top performance as Wigan completed back-to-back wins over the Hull clubs, with KR their victims on Friday.

Hardaker’s contribution saw him manage seven tackle busts and a staggering 163 metres from 19 carries, the highest amount for a full-back over the weekend as the Warriors continued their surge up the table towards another likely play-off place.

Inu enjoyed a top afternoon as he helped Salford eventually pull away against Huddersfield on Sunday, scoring 20 points during the process.

Further contributions saw him amass 11 tackle busts and up to 178 metres from just 12 carries, overwhelming the Giants as Salford continued their pursuit of a play-off spot.

As for Makinson, the golden boot produced another sensational performance, this time in Saints’ hard fought win at Warrington last Thursday.

He managed three tackle busts and 190 metres from 26 carries, but his finest moment was another spectacular diving finish over in the corner.

A Wembley dress rehearsal perhaps from the teams but was this a sign of things to come from the England international at the biggest stage?! 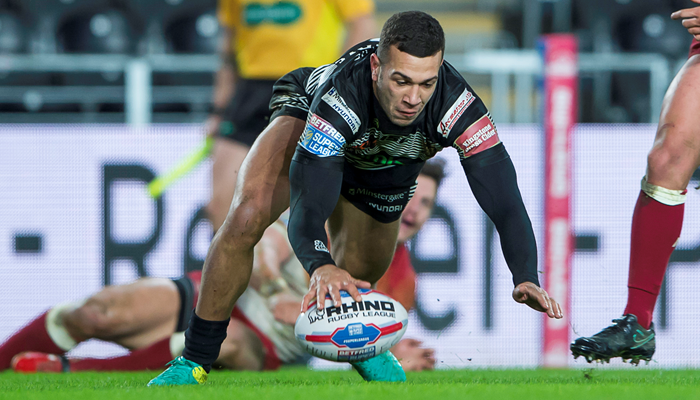 An all-Yorkshire line-up in the centre positions as Hull’s Carlos Tuimavave and Leeds youngster Harry Newman are chosen.

Tuimavave enjoyed a man of the match performance in Hull’s 26-16 win at Wakefield that helped the Airlie Birds go level on points with Warrington in second place.

The 27-year-old notched a try and produced two assists for winger Ratu Naulago, all of which were highly skilful.

That on top of his 17 tackles, three busts and 153 metres, it was his finest moment of 2019 after coming under some scrutiny in recent weeks.

Similar superlatives befell Leeds’ Newman, but the young gun was key in dismantling a fiery Catalans side, ‘fresh’ from their home win over Warrington last week before he helped Leeds deliver them a serious reality check.

Newman completed 16 tackles and managed seven busts but also tallied 145 metres from 17 carries that kept the Dragons on their toes throughout in what is looking like a bright future for him in the game.

Another young hopeful secures a position as Castleford’s Jacob Trueman lines up at stand-off.

Trueman arguably produced a man of the match performance in the Tigers’ 20-6 home win over London.

Producing a try assist, completed 19 tackles, four busts, two attacking kicks and a staggering 119 metres from 23 carries helped his side overcome an early deficit to record a crucial towards a very tight play-off race.

Rounding things off in the back line yet again is Man of Steel favourite Jackson Hastings of the Salford Red Devils.

The Giants had no response to contain his skill as he looks set to bow out of Salford on a memorable note. 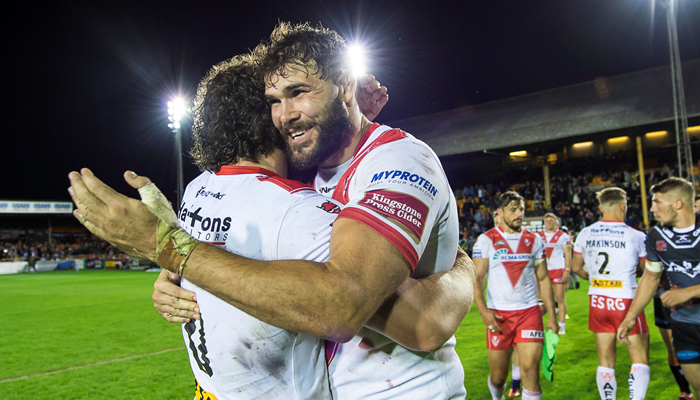 Amor has not had his luck with injury and selection this season but Thursday saw him put in a sensational effort that should give the departing coach Justin Holbrook selection headaches for Wembley.

The 32-year-old provided a try assist, completed 18 tackles, two busts and up to 125 metres from 13 carries that helped keep Warrington restricted to just 12 points scored.

As for Smith, the 26-year-old completed a resounding 37 tackles and managed up to 133 metres from 22 carries in his side’s hard fought win over London to continue their push for a play-off spot.

The exciting and dependable Brad Dwyer is chosen at hooker and with good reason.

Despite what has been a poor season by their accounts, Dwyer has been a stand out all year for Leeds and last Friday saw him enjoy yet another fine moment.

Martin was fantastic once again, arguably proving to be their best purchase of 2019.

He scored a rather special try, completed 28 tackles, five busts and up to 140 metres from just 12 carries, even maintaining his 100% record in goal kicking on the night.

As for Farrell, he notched a brace of tries in their home win over Hull KR as well as amassing 136 metres from 21 carries, six tackle busts and completed 34 tackles.

A superb effort from both players who have plenty to offer the sport in the years to come!

Another who returns to the team is Leeds’ Trent Merrin.

The ‘ever-green’ was another strong performer in their big win over Catalan on Friday.

His areas of contribution saw him complete 29 tackles, two busts and up to 133 metres from 17 carries as the Dragons ended up completely overwhelmed whereas Leeds enjoyed a night to remember that could lead to their revival, if not now, then in 2020, for sure?!