Anthony Gelling has been snapped doing a 75-day accountable workout on social media.

Gelling, 31, has been keeping himself in shape despite being without a rugby league club for five months to spend time with family and friends.

The South Sea Islander left Leigh Centurions back in June after he was cleared of GBH following a trial against his ex-wife and returned to his home back in Auckland, New Zealand.

Leigh Centurions owner Derek Beaumont said at the time of Gelling’s departure: “I would like to personally thank Anthony on behalf of everyone at the club for the fantastic job he has done.

“To have come to England under the circumstances he did and to have ripped in and applied himself in the manner evident in his performances speaks volumes for him.

“It was clearly a difficult time for him whilst he was here, yet he was outstanding in everything he did and extremely committed to the club, the coaching staff and his teammates.

Gelling was in a video doing pull-ups at almost 11.30pm with the caption “night shift”. 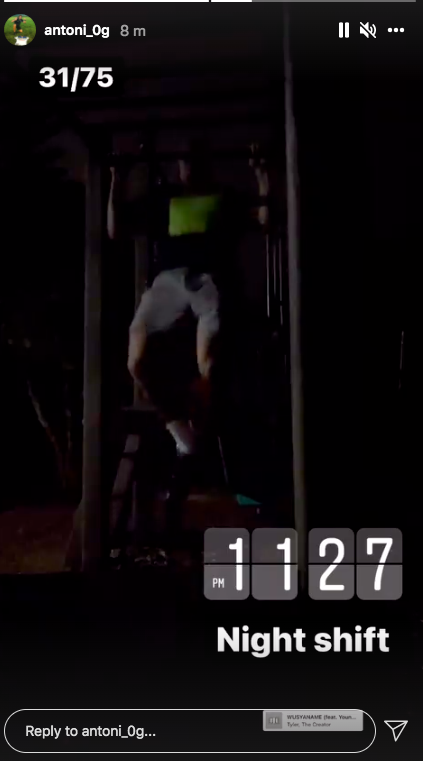