A weekend of testimonials

There were four testimonials this weekend, with Huddersfield’s Michael Lawrence, Wakefield’s Danny Kirmond, Hull’s Danny Washbrook and Doncaster’s Kyle Kesik all honoured for their service over the past 10 years. Lawrence’s Giants best Bradford 56-12, while Kirmond and Washbrook faced each other head on, with Trinity just edging the game 30-24. Kesik’s game wasn’t quite as close, with his Dons side going down 60-0 to Leeds.

I was at the latter and it was admirable to see the respect the Rhinos gave the game. They often put out a very young side for that fixture but included the likes of James Donaldson, Anthony Mullally and Brad Singleton this year. There was also a whole of rugby league royalty in attendance – from respective coaches Richard Horne, Dave Furner and Kevin Sinfield to Donny legends Dean Colton, Paul Cooke and cult hero Lee Waterman, who got the biggest cheer of the afternoon. Testimonial games really do tend to strip rugby league back to what it’s all really about – enjoying yourself on the pitch and it’s always a great spectacle. There’s three more testimonials coming up this weekend – Kallum Watkins (Leeds v Castleford), Jonny Lomax (St Helens v Hull FC) and Ryan Atkins (Warrington v Widnes) – all of which will hopefully be as successful as the past weekend’s.

It’s rare we talk about Salford when it comes to young player development, but the Red Devils seem to have unearthed a star. 16-year-old hooker Connor Davies-Aspey made his debut against Swinton at the weekend and garnered much praise from his coach, teammates and fans.

? How good was @Connor_Aspey on debut?

Davies-Aspey has come through the club’s foundation side and is currently on a one-month trial, along with former St Helens centre Calvin Wellington. On the basis of Sunday’s performance, however, he could be set to stay with Ian Watson’s side for much longer. He was quick out of dummy half and held himself well for someone so young, even providing an assist for Derrell Olpherts’ late try. It would be great to see a young player excel for Salford at Super League level, and would hopefully act as a catalyst for them to produce more young talent.

Fev recruit King, but are still under strength

All four are exciting signings, but I’m still pretty unconvinced by the squad as a whole. Fev currently have just 21 contracted players, four of whom are yet to make their competitive debuts at first team level. Their outside backs are particularly concerning, with just four recognised threequarters currently on the roster. Their loss to amateur side Hunslet Parkside at the weekend was an embarrassing one and while they weren’t at full strength, they still had the capabilities to win. As it stands Rovers hardly look like a team that will be up there challenging for promotion.

Minns gets his verdict 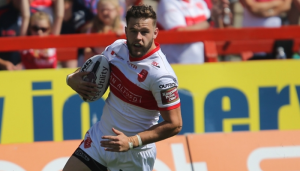 I was pleased to see former Thomas Minns finally get a verdict on his recreational drugs ban. The former Hull KR centre has been given a 16 month ban backdating to March, when he tested positive for cocaine following Rovers’ game with Huddersfield. Minns admitted to taking the drug shortly after, saying it happened shortly after his mother has passed away.

I said at the time I had sympathy for him given the circumstances and still do, but players have an obligation to set a good example when it comes to situations like this. A 16 month ban is fair and hopefully he’s used the past few months to get himself back into the right mental state to play again. I know he recently took part in a charity boxing match so that should’ve kept his fitness in check. He’ll be free to play again from mid-June so fingers crossed he finds a club soon. 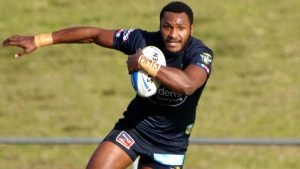 This week marked the one-year anniversary of the passing of former Papua New Guinea international Kato Ottio. Ottio tragically died on January 9th 2018 after collapsing from heatstroke while training with the PNG Hunters ahead of a move to Super League with Widnes Vikings.

The Vikings have been working closely with the NRL, Super League and the PNG Kumuls for the past year and achieved Kato’s Dream on Wednesday – to build a house for his mother, Joyce. On the anniversary of his death, the Kumuls opened the home as well as unveiling his headstone. It’s a fantastic tribute to a superb player who was taken far too early in his life and career. Well done to everyone involved.